Travel restrictions have disrupted one of the most important part of the year for Bordeaux’s fine wine producers. 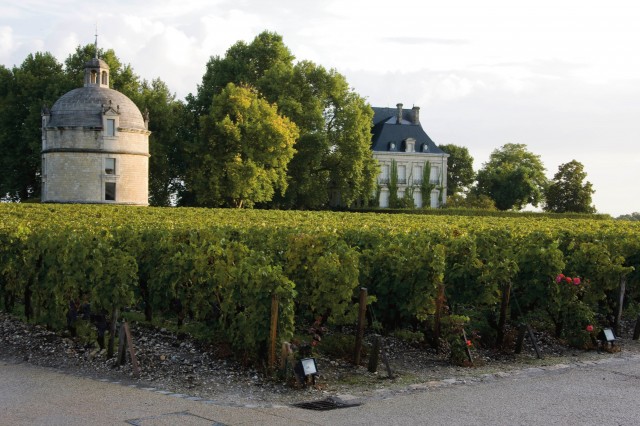 This year, tastings have been carried out remotely, prices are lower than last year, and releases were postponed.

But the show must go on, and a handful of producers have now revealed their latest vintages.

Prices this year are expected to be lower as economic uncertainty rippling through the world has tightened buyers’ pursestrings, but that isn’t to say they are bargains, given the high prices many estates placed on the 2018 vintage wines.

“It is vital with [Bordeaux 2019] releases…to focus on ‘fair value’ and how a wine is priced relative to back vintages (ie those already trading in the secondary market),” James Miles, the chairman and co-founder of Liv-ex, said.

While some estates had already started to release vintages from Monday, Pauillac fifth growth Châteay Pontent-Canet kicked off the season in earnest with its 2019 wine.

The wine was awarded 96 points by critic Jean-Marc Quarin, who was impressed with its “dark intense and beautiful colour,” and “pure nose with ripe fruit.”

“It ends noble by being one of the most fragrant seen in Pontet Canet at this age.”

First growth estate Château Latour revealed two new vintages on Wednesday (27 May); the 2014, and the 2012. It is the first time in eight years that Latour has brought a new vintage to market.

The Pauillac estate had originally planned to launch the 2012 and 2014 in March, but postponed their release after French president Emmanuel Macron imposed a lockdown on the country to prevent the spread of Covid-19. The wines were tipped to launch sometime in autumn, but now, Latour has brought the launch forward again as the en primeur season unfolds.

Priced at £4,100-£4,200 per case, fine wine analyst Liv-ex said the 2012 “represents an interesting opportunity for buyers”, having already predicted it would sell around the £5,000 mark.

In Chailland, Château Beaumont was the first out of the blocks on 25 May launching on La Place de Bordeaux, priced at €7.98 per bottle ex-negociant, down -8.8% on the 2018.

Then came Tour de Bessan in Margaux, also released a 2019 on La Place with costing €12 euros ex-negociant, a reduction of 8.4% from the year before.

Châteays Arsac and Haut-Bergey have both launched red 2019 vintages at €12 per bottle, a marked reduction of 20% in each case, but no drop in price for Haut-Bergey’s blanc, which stays at €19.20 ex-negotiant.