22% of people would return to restaurants when they reopen

After reports in the UK that re-opening restaurants too early would be “counterproductive”, the latest data in the US shows that only 22% of people would return to such establishments as soon as business resumes. 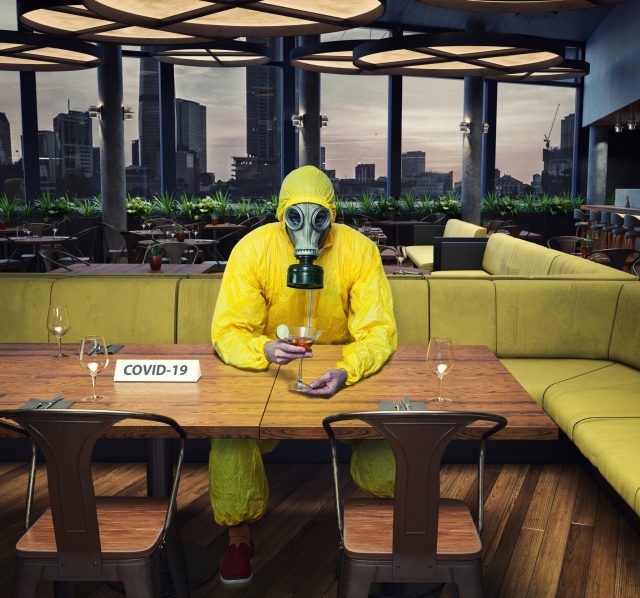 According to figures published by Nielsen CGA and compiled using its US restaurant tracking software RestauranTrak, as well as consumer research, the on-trade is beginning to show signs of recovery in America as some states start lifting their ‘shelter in place’ restrictions.

Decreases in the rate of sales have started to slow, from -75% (compared to pre-Covid) at the start of April, to -68% in the week ending 25 April.

Nielsen states the figures show that on-premise trade “has started to adapt to current market conditions”.

For restaurants still operating in the US, the rate of sales rose 42% for the week ending 25 April, compared to the week ending 28 March. The number of transactions recorded at Nielsen-measured outlets also rose 69% in the same period.

An increasing number of consumers (14%) are ordering takeaways and food deliveries that include alcohol.

Among the top changes customers want to see in place in restaurants include fewer tables and customers (50%), additional hygiene safeguards (49%), continued availability of take out and delivery services (41%) and staff wearing protective gear (39%).

In more positive news for the industry, once the situation stabilises, Nielsen found that 53% of customers said they plan to eat out (and 50% drink) the same or more often than they did prior to the Covid-19 outbreak.

It follows reports of a letter seen by Sky News, which has been signed by key members of the UK hospitality industry.

The letter warns that re-opening restaurants too early “could lead to a substantial number of businesses failing, given the discrepancy between the costs they will incur and the revenues they will be able to achieve”.

It warned that this would have an impact on long-term employment in hospitality, as well as cause wider economic damage.