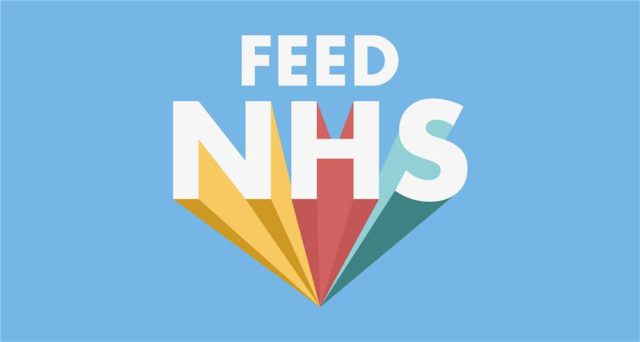 Unveiled at the end of last month, the JustGiving campaign aimed to raise £1 million to supply around 6,000 meals a day at a 50% discount to NHS staff working in London hospitals.

On 11 April, the campaign raised its £1m target, and has now raised almost £1.1m. At the time of writing, a total of 11,394 supporters people have donated via the fundraising page and a total of 24,000 have supported the campaign.

The money helped the restaurant chain provide 35,000 meals to 11 London hospitals last week. This week, Leon is hoping to ramp up production to serve 45,000 meals in London as well as in Birmingham and Manchester.

Speaking to Bloomberg, Lewis gave his reasons for supporting the project: “Helen [McCrory)] my wife, and I have friends who are in quite senior positions in the NHS and the clarion call kept coming from everybody that it was difficult to get fed during the day and do you have any influence?

“When you have done four hours straight, working ventilators in PPE (personal protective equipment) gear, you can walk out and someone will hand you a hot, healthy meal. We all want to do something that can help. Staying at home is an odd feeling, like being under house arrest, feels cowardly, oddly, even though it is the most important thing you can do.”

The Leon initiative is one of many such projects in the hospitality industry. In Marlow, celebrity chef Tom Kerridge has helped raise £100,000 to fund free meals for frontline NHS workers during the Covid-19 pandemic.

Warren James, co-founder of hospitality headhunter James & Cranwell, Thomas Kochs, managing director of the Corinthia Hotel in London, and
Michael Bonsor, managing director of Rosewood London have launched the Hospitality 4 Heroes Challenge with the aim of raising £10,000 to support the NHS Charities Together Covid-19 Appeal. Find out more information here.

London-based initiate is Cook-19, launched by Lulu Dillon, is also providing meals to key workers in the NHS who are sick or in self isolation. The project has the support of Angela Hartnett, Robin Gill and Darby’s restaurant and steak chain Hawksmoor. To find out more, please click here.