Parts of Bordeaux’s Right Bank and Entre-Deux-Mers were pummelled by hail stones last week when storms struck vineyards on 17 and 18 April. 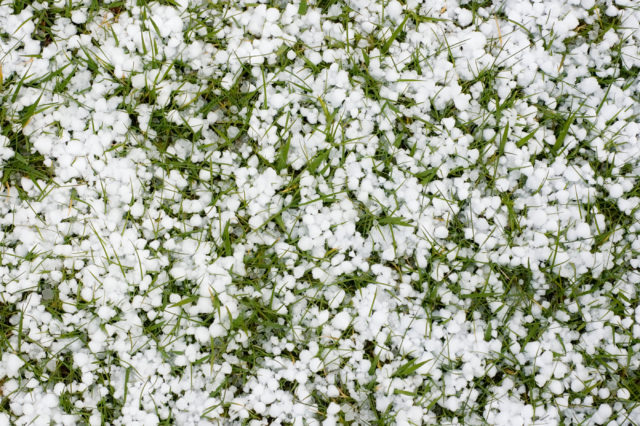 A second cloudburst struck on the following day, mostly over the Saint-Julien-Beychevelle appellation, but reports indicate that the damage wasn’t great, with the amount of water falling in a short period proving more of a concern.

In a bulletin, the Gironde Chamber of Agriculture said the first storm caused damage in a “south-west-north-east corridor”, stretching from Entre-Deux Mers, and the Saint-Emilionnais to Castillonnais and Dordogne.

Damage ranged from minimal to 100% destruction, and having mapped the areas affected, first estimates indicate between 600 and 800 hectares of vines are more than 80% damaged. The map can be found here.

Philippe Raymond of Saint-Émilion Wine Council (CVSE) estimates that between 3,000 and 4,000 hectares have been affected on the Right Bank, with between 10% and 100% crop losses.

Christophe Château, communications director the CIVB, said it was “too early” to tell the impact on this year’s harvest.

He told Wine Spectator that the hail damage would not affect the yield for the Gironde region, but said that some estates have been “severely impacted”.

Speaking to France Info, he added that parts of Entre-Deux-Mers and Côtes de Francs, in particular Château Le Puy, had been “very affected”, and Saint-Émilion less so.