Sipfree brings low and no drinks to HK

With low and no-alcoholic beverages seeing growth in many markets, Sipfree, a recently set-up alcohol free drinks distributor, is aiming to introduce a wider range of premium beers, wines and spirits with little to no alcohol in Hong Kong. 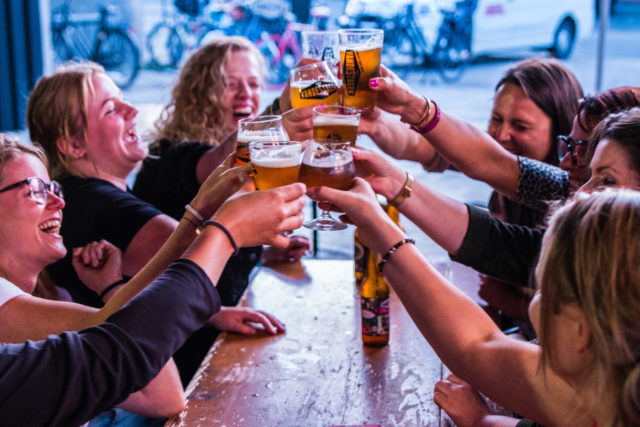 Launched this month, Sipfree is the sister company of local craft beer brewery Gweilo Beer. John Docherty, managing director of the company, explained that the partnership with the famous local beer brewery was an opportunity to, “complement each other by engaging in non-competing segments”.

Docherty has worked in the beer industry for over a decade. In late 2018, he observed the potential of the non-alcoholic beverage market and so he spent a year working on his new company.

He said: “Most of the time people drink for a social purpose, yet people may not be able to consume alcohol due to driving, health or religious concerns. However there are not many decent non-alcoholic options available, I hope to bring some quality beverage alternatives to the market, so that drinkers can still socialise without compromising the flavour.”

At the moment, his portfolio includes a variety of award-winning craft beers, including VandeStreek (Netherlands), Mikkeller (Denmark) and Big Drop Brewing (UK), and a range of non-alcoholic spirits sourced from Australia’s Lyre’s, where beverages are created to capture the essence of classic flavours such as gin, amaretto, coffee liqueur and triple sec.

Now fully launched, the company is popping up at various events to start getting its products and message out there.

“Starting from next month, we will organise pop-up tastings for some banks, we’ve been approached by few law firms as well,” said Docherty. On the other hand, the team is also enthusiastic about pushing on-trade sales. By next month, Sipfree expects its products will be available in more than 50 establishments including supermarkets, restaurants, bars, hotels and clubs across Hong Kong and Macau, while retail and wholesale customers from Asia can also order online.

“There is an ever-growing trend of consumers looking to make healthier, more sustainable lifestyle changes,” said Docherty. He believes in the long-term shift in the market trend and in 2020, he hopes to grow his portfolio with other guilt-free options, including non-alcoholic sparkling wine and Prosecco, cider and Pilsner.