Portman Group under fire after upholding complaints against beers

UK drinks regulator the Portman Group has upheld complaints against three breweries, leading to criticism from the industry that it has caused “significant damage” to breweries with “good ethics”. 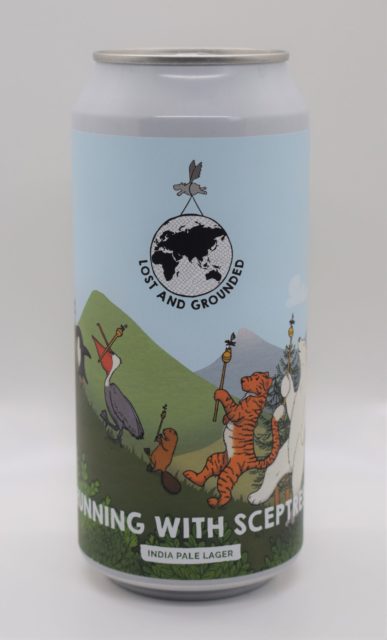 However, its rulings have faced criticism from the likes of beer group Society of Independent Brewers (SIBA). James Calder, chief executive of SIBA, stressed the importance of self-regulation, but said that the Portman Group had missed the mark.

“The Portman Group Code and the Independent Panel need to understand the need for proportionate regulation based on the likelihood of a product doing actual harm,” he said. “We’d like to see the Portman Group move to a system where, like other regulators, numerous complaints are needed to trigger an investigation.”

He added that the ruling against Lost and Grounded would cause “significant damage to a brewery with good ethics and business at its core”.

Lost and Grounded received complaints against its Keller Pils and Running with Sceptres IPA. The latter was upheld by the regulator after the independent panel found its packaging breached section 3.2(h) of the code, which states that “a drink’s name, its packaging and any promotional material or activity should not have a particular appeal to under-18s”.

Chair of the Independent Complaints Panel, Jenny Watson, said: “Lost and Grounded created an engaging can, but unfortunately the panel felt that the prominence of the cartoon animals made it particularly appealing to children. We understand that producers want to use creative illustrators and we would encourage all producers to make full use of the Portman Group’s free advisory service before launching a product.”

In an act of defiance, co-founder of Lost and Grounded, Annie Clements, said the brewery disagreed with the Portman ruling and had decided to leave the branding unchanged.

Explaining the decision, she said: “Running with Sceptres is our second-highest selling product, and it has taken many years of hard work to gain its current popularity. The branding is no different to the multitude of other brands on the market that utilise an artistic style. We operate as a responsible business and would never market products to appeal to under-18s.

“This product is integral to our brand story, and a change to its branding would be costly, and to do this based on a single complaint is simply not practical and has the potential to cause significant financial damage to our small, independent business.”

“We feel this decision by the Portman Group is incorrect and does not consider the nature of today’s beer market. This is a product sold at a
premium price point, in a 440ml can, in the beer section of stores. The product is clearly identified as an ‘India Pale Lager’ on the front of the can.”

Those that fall foul of Portman’s code are not obliged to change their packaging. However, if drinks producers fail to comply with the panel’s recommendations, the Portman Group issues a Retailer Alert Bulletin (RAB). According to a recent statement by the regulator, only seven such alerts have been issued since 2015, compared to over 150 products that have been amended as per regulations.

The RAB is sent to over 130 code signatories, which include producers, importers, wholesalers, retailers and trade associations. They are requested not to replenish stocks of the product after three months of the RAB being published.

In light of the ruling, Lost and Grounded has said that is “most likely” that the beer will be delisted from 90 Waitrose stores and that it is working with the retailer “to minimise the commercial impact”. The brewery has received support from the MP for Bristol East, Kerry McCarthy.

McCarthy said: “It’s hugely unfair that Lost and Grounded, a living wage brewery based in my constituency, can be targeted in such a way, and see one of their most popular products removed from stores as a result of a single complaint.

“Alcohol companies, of course, have a responsibility to sensibly market their products, but this ruling is the result of a misapplication of the rules through a flawed process. I hope that the Portman Group revises its decision and allows Lost and Grounded to continue selling this beer to its signatories.”

Other breweries who have been advised to alter products include Purity Brewing, which received a complaint against its Lawless Unfiltered Lager. The beer was deemed to have violated section 3.2(b) of the code, which states that “a drink, its packaging and any promotional material or activity should not in any direct or indirect way suggest any association with bravado, or with violent, aggressive, dangerous, anti-social or illegal behaviour”.

United Dutch Breweries’ Oranjeboom 8.5% was also deemed to be in breach of the code, having broken section 3.2(a) which states that a product’s higher alcoholic strength should not be given undue emphasis.

As a result of the ruling, United Breweries is replacing its 8.5% ABV beer with a lower alcohol variant in the UK. As of this month, only this new lower-ABV version will be sold in the UK.

This is not the first time that the Portman Group has received criticism. In December last year, its ruling on Tiny Rebel’s Cwtch beer prompted an unusual follow-up statement.

The full rulings, including statements from both sides, can be viewed on the Portman Group website.