Martini launches non-alcoholic aperitivo made with vermouth wine base

Bacardi-owned wine brand Martini has launched a non-alcoholic alternative to its vermouths. 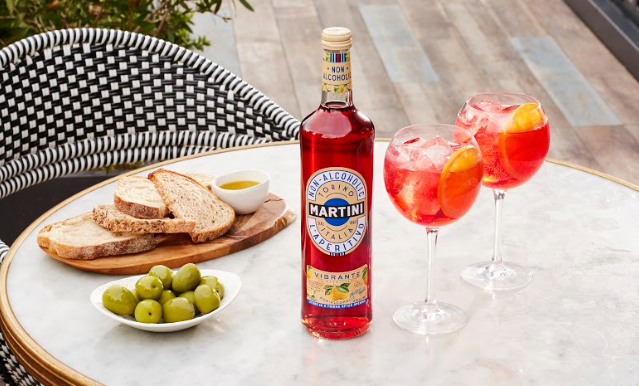 The aperitifs, which are made with the “same quality” wines used to make Martini’s standard vermouths, are de-alcoholised and infused with a selection of sustainably sourced botanicals.

The Vibrante will be available in Ocado, from March 2020.

Bacardi has started to target the rising number of abstainers in the UK, having already launched a non-alcoholic sparkling ‘wine’ last year, after successfully trialling it in African and Asian markets. A recent study by the Portman Group found that 24% of British drinkers are keen to cut back on booze, rising to nearly a third (31%) for the 18-24 age bracket, dubbed ‘Generation Sensible’.

Unlike the new aperitifs, Martini’s alcohol-free fizz is not de-alcoholised. Instead it is kept at a cool temperature, with “a few preservatives added” to prevent any of the must undergoing alcoholic fermentation. The seemingly-simple wine-like beverage took two years to bring to market, according to Marco Mazzini, the global brand director of Martini Sparkling Wines at Bacardi.