To combat the Covid-19 epidemic, the Hong Kong government will suspend liquor licenses across the city but with no corresponding compensation plan for the industry at the moment, the F&B trade is expected to face severe losses. 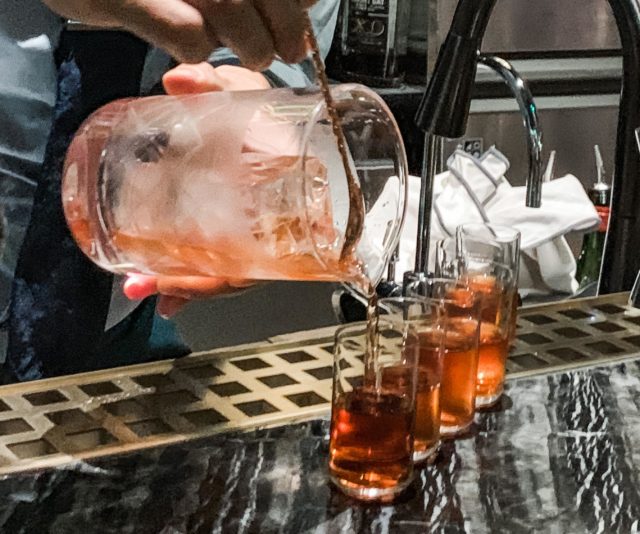 he Hong Kong government has announced the temporary ban of 8,600 liquor licenses issued to restaurants, bars and clubs across the city. Although the date when this will become effective has not been announced yet, it has aroused concern from the industry, especially bars.

“In the past months, the F&B industry in general has suffered a lot especially in Central due to the outbreak of [last year’s] protests and Covid-19. Amid the epidemic situation, a majority of residents are homebound, which has impacted our business directly. I used to run with a team of nine, but now the team size is reduced to six only. To cope with the difficult financial situation, we have been asked to take No Pay Leave, prolong paying suppliers’ and whatever other measures to reduce our fixed costs as much as possible. Already a few sacrifices were done from our side to stay afloat……” one bar manager of a rooftop bar in Central told us.

Cat Hou, chair of the Bartenders & Mixologists Union of Hong Kong, commented: “We are disappointed by the abrupt decision made by the government. The entire policy is not well-planned at all. We have no idea when it is going to roll out, let alone whether the government will compensate us for our loss.

“All the way since the outbreak of virus, workers in the industry have been complying with the precautionary measures to safeguard the dining and drinking environment for our guests. To date (23 Mar), only two workers in the bar area were found infected, when most of the confirmed cases linked with the Lan Kwai Fong area were customers.

“The industry understands the ever-changing epidemic situation and in fact, we are willing to stand with Hong Kong and fight the virus together. Having said that, it is fair for the entire F&B industry to shut temporarily if it is necessary. However, I think the current policy only does half of its purpose. If the government reckons mass gatherings should be controlled, why don’t they ban restaurants as well? Catching up with friends for coffee is potentially having the same risk as drinking in bars.”

As the law amendment announcement was made very suddenly, it left the industry with a lot of questions. Apart from the exact effective period, there are grey areas that yet to be clarified, for example, is it possible to waive the corkage and allow BYOB in restaurants? There are also concerns about the coverage of the alcohol ban.

The Central bar manager added, “If the sale of alcohol is banned, it should apply to all channels. Right now, the government is prohibiting alcohol sales in restaurants, bars and clubs, but my question will be: what about street shops? For example, convenience stores are still selling alcohol 24/7 and at times people used to gather in front of these shopfronts after the bars are closed. When the policy is in force, this might just move the crowd from bars to another place.”

Hou also expressed concern that the banning of licenses would lead to the rise of non-licensed drinking venues in the city.

A group of employers and employees working in the local hospitality sector have staged a petition to call for the attention of the Financial Secretary of Hong Kong Special Administrative Region, Paul Chan, to provide relief measures to the industry, including rent reduction and emergency unemployment support.