A petition has been established asking the government to provide practical and financial support for the UK hospitality industry in light of advice to avoid pubs, bars and restaurants. 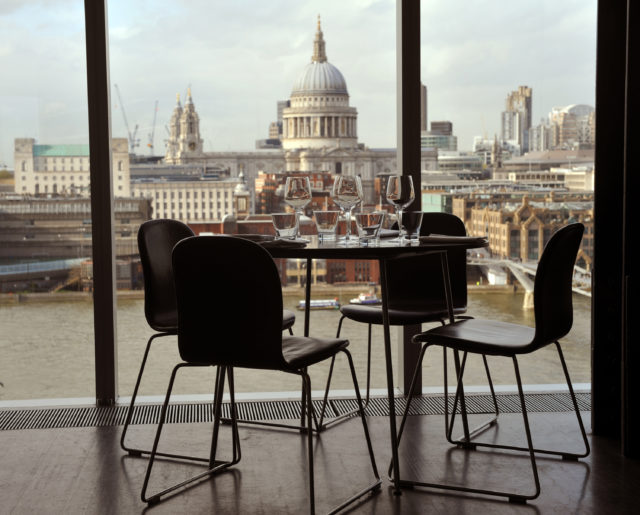 The online petition was established by Emma Tronson of Birmingham-based restaurant The Wilderness after comments made by Prime Minster Boris Johnson during a press conference yesterday (16 March 2020).

Johnson advised UK citizens to avoid all unnecessary social contact, to work from home if possible, and to stay away from pubs, bars, restaurants, theatres, cinemas and other social venues in an effort to slow down the spread of Covid-19.

However, the government fell short of enforcing restaurant closure, which many have argued puts additional pressure on businesses. As things stand, if businesses choose to close, they won’t covered by insurance. This will only be a possibility – Covid-19 is not listed as a notifiable disease when most policies were drawn up – should the government enforce closure.

The petition called the UK government’s “total lack” of responsibility for the hospitality “unacceptable”.

It continued: “The hospitality industry is the third largest industry in the UK with many jobs at stake. In choosing to not officially close restaurants, bars, hotels and other venues and instead putting the onus on consumers and business owners is both a dangerous and cowardly decision.

“We are petitioning for the government to take responsibility and formally close venues if that is what is actually required, instead of effectively doing so without taking ownership.”

The petition also called for clear support, both financial and practical, from the government for the hospitality industry. They are also asking for the authorities to make a decision as to whether closure is needed as “if we take the decision to close any form of insurance is no longer an option”.

The industry is also demanding clarity for restaurant customers, and transparency in terms of a timeline so businesses can prepare for what is ahead.

Yesterday’s announcement has been met with anger by chefs, restaurateurs and other industry professionals who are asking the government for clarification.

Speaking to the drinks business, Kelvin McCabe, wine buyer and beverage director of the Adam Handling Restaurant Group, said: “As of last week our covers were down almost 50% across the group, with the announcements yesterday we had even more immediate cancellations.

“So many industry people I talk to are scared, for their businesses and for their teams, most restaurants are above the rateable value for government support and Boris’ “suggestion” to avoid pubs and restaurants instead of forced closure leaves no financial support from the government. There is no hiding from the fact that many restaurants and pubs will close and many jobs will be lost.

“We are in the first quarter of the year and most of the workforce have not accrued enough holiday to cover a possible two month closure, or financially support their needs, major government support is needed to help. If there is no financial support available, and no salary what next?

“In a enforced shutdown, can the government impose a two month hold on rents for business and homes, and cease personal and business loan repayments? Outside of a huge cash injection the government needs to find ways to protect businesses and people.”

Monica Galetti, chef and co-owner of Mere in London and a judge on the television series MasterChef: The Professionals, tweeted they were “getting by” before yesterday’s announcement, but that it had “scared off a lot of reservations”.

Michel Roux Jr of Le Gavroche tweeted that it was a “nail in the coffin for many”, while Nottingham-based chef Sat Bains called it a “joke”.

The CEO of industry body UKHospitality, Kate Nicholls, said: “This is catastrophic for businesses and jobs. The government has effectively shut the hospitality industry without any support, and this announcement will lead to thousands of businesses closing their doors for good, and hundreds of thousands of job losses.

“Over the past few weeks the industry has suffered unprecedented drops in visits and many business are already on their knees. This latest advice leaves the industry in limbo, with no recourse to insurance.

“The government must act now to stop them going under and protect the people’s jobs. These venues play a unique role as community hubs and it’s in all our interests to protect and preserve them so they are still there once we emerge from this crisis.

“We need immediate and far-reaching support from the government, and meaningful business continuity measures.”

Unite national officer for the food and drink industry Joe Clarke said: “We are very concerned about the prime minister’s advice to stay away from pubs, restaurants and theatres without announcing at the same time a contingency package, including financial support, for staff who may be laid off without any arrangements for their salary to be paid.

“This could have a major adverse impact of their ability to pay mortgages and rent, and provide for their families. We fully understand the precarious times we live in with the spread of coronavirus, but it is not enough to be advising the public to stay away from pubs and restaurants where we have many members on low pay.

“This may ultimately result in those workers been laid off with only five days lay-off pay under current arrangements. This will mean they then have to wait five weeks for universal credit which is completely unacceptable. If people are to get through this difficult time they need support from government and considerably more support than that offered currently.

Today (17 March) Chancellor Rishi Sunak is expected to appear at the daily coronavirus briefing. It is thought Sunak will announce measures to support both the travel and hospitality sectors.