Wine trade shows in China postponed due to Coronavirus

In response to the Chinese government’s advice regarding Covid-19, a number of spring trade shows in China have been postponed until further notice. 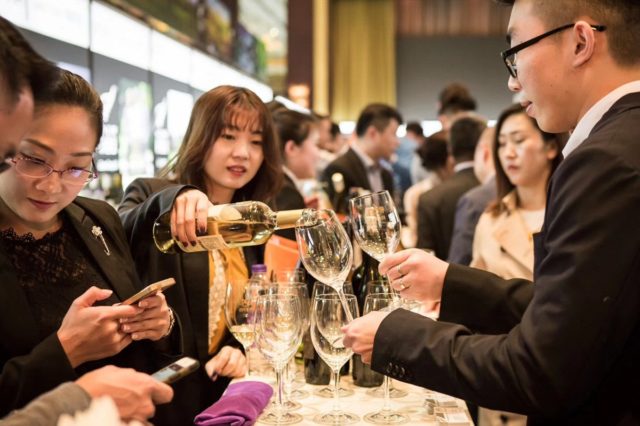 Held regularly every spring in Chengdu and every autumn in another Chinese city, CFDF is the largest and oldest exhibition fair in China and one of the most important B2B platform for the wine industry in China. The organiser has, however, announced the postponement of the 102nd edition of CFDF, which was originally scheduled to be held in Chengdu from 26-28 March.

Founded in 2009, the off-show event alongside CFDF provides an extended platform for wine and sprits professionals to mingle in luxury five-star hotel settings. This year, the trade fair was meant to be held from 22-24 March in the Chengdu Shangri-La, Kempinski and InterContinental Century City Hotels. The show date will be rescheduled in accordance with the new date of the CFDF.

Hosted by TopWine China, TWC Chengdu Fine Wine Showcase, originally scheduled from 22-25 March, is a brand new satellite fair of the CFDF. Focusing on fine wine and premium brands, the show aimed to set high standards to “support the sustainable and long-term development of the imported wine industry”. According to the official notice, the decision surrounding a new date will be, “subject to the development of the epidemic situation, the follow-up planning of CFDF and the industry dynamics”.

Stepping into its 15th edition, the CIADE is organised by the China Alcoholic Drinks Association to promote Chinese liquor and an array of global products. It was initially scheduled to run from 18-22 March in Luzhou, a southwest city located in Sichuan Province and also known as the ‘City of Chinese wine’. It too has been postponed for now

Starting from 2013, Sud de France’s wine roadshow has been travelling through different cities in China to promote wine from the southern French regions. The show was supposed to stake place from 2–24 April in Taiyuan, Xian and Nanjing; however the organiser had decided to delay it until further notice.

For the moment, trade shows taking place from May onwards will be staged as usual. Stay tuned for more updates.