First unveiled in 2009, the Vin de France classification has surged from nothing to 340 million bottles in a decade, as consumers embrace its combination of good value positioning and varietal labelling. 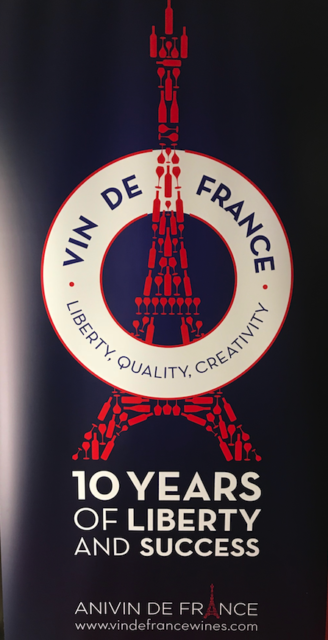 With sales reaching 340m, 10 bottles of wine carrying the Vin de France classification are now bought every second somewhere in the world, and sales are still on the up, particular in markets such as the US, Canada, Australia, and Sweden.

Indeed, with a strong export focus, almost three quarters of all wines classified as Vin de France are shipped beyond the source country’s borders.

Helping Vin de France grow globally has been the simplicity of the offer for consumers, because the classification allows producers to blend across regions and specify the grape variety and vintage on the front label.

Such a category also allows producers the freedom to be creative with blends and the type of grapes used, even if they are based within established wine regions with restrictive laws.

Indeed, there appears to be a growing trend of well-known winemakers within famous Protected Designations of Origins choosing to declassify wines into the Vin de France category to give them the freedom to work in unique ways.

Further helping this young classification has been the increasing quality of wines that carry the Vin de France denomination.

As proof of this, ANIVIN de France – the organisation that runs the classification – holds an annual blind tasting of wines that carry the national stamp, which it calls the Best Value Vin de France Selection.

Valérie Pajotin, competition organiser and director of ANIVIN de France told the drinks business at an event on Sunday to celebrate 10 years since the foundation of the classification that the results from this year’s tasting were better than ever before.

Having closed the competition on Friday, she said that none of the wines entered had received an average score that was below 14 out of 20, commenting, “This proves that we have a very good standard today”.

With OIV regulations capping medals at 30% of entries, 131 wines gained medals from a total of 435 samples, with 52 golds awarded, and 79 silvers.

Judging the wines were a selection of buyers representing as many as 14 different nationalities, including the UK, US, Japan, Brasil, Taiwan, Canada, Australia and France.

A full report on the medal-winners will appear in the March edition of the drinks business, or you can taste a selection of the top performers at Wine Paris today or tomorrow on in Hall 4, stand E248.

Also speaking to db at the celebratory event on Sunday, which was held at Les Ombres Restaurant beneath the Eiffel Tower, was Serge Tintané, who is president of ANIVIN de France.

Proclaiming the benefits of the classification, he said that it covered three quality levels of French wine, from entry to premium and super-premium, while providing producers with flexibility, so they “can create the kind of product that they otherwise would not be able to [within AOP regulations].”

But he also said that the classification appealed to new wine consumers, who “feel shut out by traditional appellations.”

Concluding, he said, “Vin de France is so much more accessible, it provides an introduction to wine, a stepping stone, and [because it is varietally-labelled] it means that the consumer can clearly understand the link between what they are tasting and what’s on the table.”

Concurring, Thomas Giubbi, who is the managing director of Vignobles & Compagnie, said that he chooses to bottle wines both with a regional designation and a national one – with Vin de France.

“We bottle Châteauneuf-du-Pape and Côtes du Rhône but we need Vin de France for varieties, particularly in the US – where we are booming – and it is the category for marketing and innovation,” he began.

Continuing, he told db, “Vin de France makes it easier to speak to Millennials; it is possible to break the codes, and so the marketing team love it because it is easier to create brands.”

Meanwhile, another major wine producer and a former president of Vin de France, Noel Bougrier, from the Loire Valley’s Famille Bougrier, commented on the increase scope of France’s national denomination.

“At the beginning I could see that the category could be interesting for the big companies like Castel or Grands Chais de France, but now I see it is good for all players at all sizes and all levels, and so you can find Vin de France from famous producers in the Michelin-starred restaurants of Paris,” he said.

One of the judges, Michael Taylor, a buyer for Nugget Market, which has 15 wine stores in Sacramento, California, expressed his support for Vin de France in the US.

“I have seen the change in the quality of Vin de France… the wines are cleaner and fresher and with Vin de France you have a leg up because you have varietal labelling and that means the American consumer understands it,” he said.

Another judge and wine buyer, Dioniso Chaves, who consults for Zona Sul supermarket, with 44 stores in Rio de Janeiro, said that value for money would be the main motivation for his planned increase in the representation of Vin de France wines in Brazil.

“We now have two [Vin de France] producers but I think that I will increase that to four [at Zona Sul], because the quality for the price is good,” he began.

“Brazilians love the French but in Brazil people don’t know the French appellations – so Vin de France is very easy, it is much simpler for them,” he added.

He also said that Chile has 53% market share in Brazil, Argentina has a 15%, while France has a 13% share, which is also a little behind Portugal.

However, he commented, “I think there is a great opportunity for France, and with Vin de France, we could increase that number.”

Similarly, in Taiwan, Jennifer Song, who buys wine for RT-Mart, said that Vin de France could be used to boost the share of French wines in her market.

“I see an opportunity for Vin de France in Taiwan. Our clients represents extremes: they are either drinkers of prestige wines or a new and big crowd who are just starting to drink wine, and I think that Vin de France is good for that.

“I think the range of Vin de France is wide, with some wines that are outstanding and those that you can have for an entry level price,” she added.

Finally, representing a view from the UK, John Chapman from Oxford Wines was a further judge in the Best Value Vin de France Selection.

Expressing his belief in the category, he said that Vin de France should not be viewed simply as “the new Vin de Table”, but “the Super Tuscan equivalent”.

“The reality is that many producers are declassifying their wines for quality, not for value,” he explained.

“And for us, we choose Vin de France because we often find that this is the best wine coming out of the region… and that’s because it offers producers freedom; it’s liberation,” he concluded.

Indeed, as reported in December last year, a growing number of ‘free-spirited’ winemakers are choosing to forego appellations to produce Vin de France releases, with such non-conformist wines proving increasingly popular at auction. 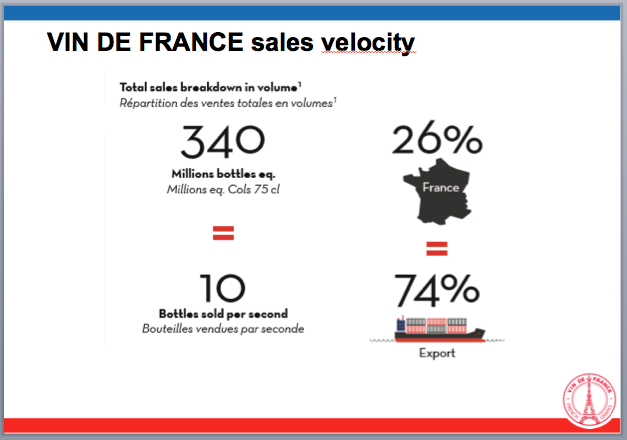