Two men charged with theft of whisky worth £9k

Two men have been charged with carrying out a series of raids and attempted thefts targeting alcohol shops and distilleries across Scotland this month. 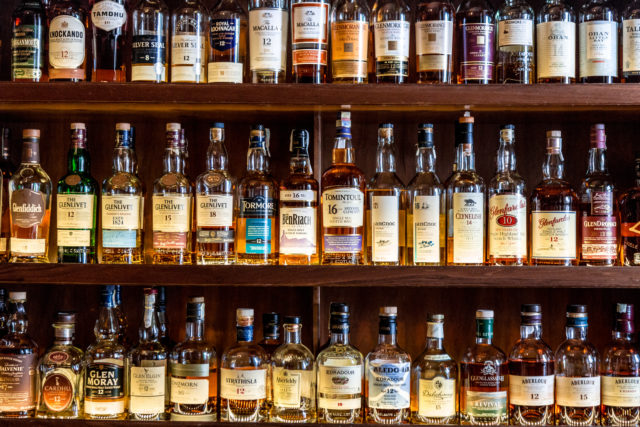 Mihai Craciun, 27, and Alexandru Iovanescu, 26, both from Falmouth in Cornwall, have denied being involved in four separate reported thefts.

Appearing at the Elgin Sheriff Court on 30 January, the pair are accused of carrying out thefts on 28 January and 29 January in the Aberlour, Dufftown, Tomintoul and Aberfeldy areas.

According to a police statement, the value of the whisky stolen amounted to around £9,000.

Among the premises targeted was the Cardhu Distillery near Knockando, The Whisky Shop in Dufftown, The Whisky Castle in Tomintoul and Aberfeldy Distillery in Perthshire.

the drinks business understands that the pair were spotted as far south as St Andrews in Fife, but by that stage CCTV footage had been widely circulated among shops in the area, preventing further thefts.

Craciun and Iovanescu are set to return to the Elgin Sheriff Court on 28 April.

PC Lisa Warren of the Forres and Speyside Community Policing Team, commented: “I would like to reassure our communities that officers will respond to any reports of theft and will conduct thorough enquiries to not only recover the stolen property, but to bring those responsible to justice.”