The Global Riesling Masters: the results in full

We bring you a full report on this year’s Global Riesling Masters, including all the medallists from the tasting, which took in Rieslings from Alsace to Kamptal, Rheingau to Washington State, and a couple of wines from Kazakhstan. 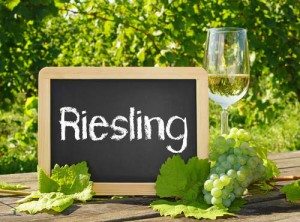 Mention the word Riesling to mainstream wine drinker and then a trade professional, and the response will be markedly different. In the eyes of the former, the grape signals something sweet and perhaps cheap. As for the latter, Riesling is the noble source of fine whites with high acidity. It’s a divide that is also getting greater, as it seems that the Rieslings being made today are getting drier, fresher and pricier, although the bargain off-dry end of the offer is gradually disappearing – and it’s probably being replaced by Prosecco.

While the reduction in entry-level Riesling may be good for the grape’s image, crafting a delicious bone dry wine from Riesling is far from easy. As a result, if there was a single criticism of the wines in this year’s Riesling Masters, it concerned the level of acidity in the dry wines. For the most part, the wines were delicious, with fresh citrus fruit flavours that made one’s mouth salivate like licking just-sliced lime, but occasionally, the finish was so intensely acidic, it left a hardness that made even our Riesling-loving panel of judges wince.

In the same way that Chardonnay makers moved to something austere in an attempt to distance themselves from a previous paradigm of fat, buttery whites, I wonder if some Riesling producers are going to an extreme form of dryness to provide a contrast to something sweet, and possibly too saccharine, that was made by – and for – an older generation.

Another reason why acidities may be too intense in some samples concerns an urge to minimise the ‘kerosene’ character in young dry Riesling. Hailing from the presence of TDN (1,1,6-trimethyl-1,2- dihydronaphthalene), which is believed to form in warmer areas and from high sunlight exposure, it could be the case that producers are harvesting grapes earlier, or allowing canopies to shade the bunches more, to reduce the incidence of the aroma compound. Such an approach would result in less ripe grapes, so, while the kerosene character is diminished, the resulting wine, if fermented to dryness, will have a marked acidity.

Personally I would prefer a dry Riesling with some kerosene aromas and a softer acidity, than a pure lime-scented white with a hard finish. And our judges felt similarly.

So, if there is a message to the producers of dry Riesling, please pursue a softer style of wine, even if it means a touch more TDN.

As for the great Rieslings in our tasting, whatever the sugar level, they combined the grape’s intense citrus freshness, often with a slightly chalky sensation on the finish, and riper characters from beeswax to peach, along with a hint of white flowers. Such examples displayed cleansing, if not sharp acidity, and a touch of TDN, like a whiff of burnt rubber or spilt petrol. Like all great wines, the key is the balance of the components, which should complement each other.

In terms of the sources of the highest-scoring Rieslings in this year’s competition, the range was broad, with Alsace, Austria, Germany, Australia, Washington State and Canada picking up the top medals. Among the outstanding dry wines were a Grand Cru Riesling from Schlumberger and a ‘Museum Release’ from Australia’s Howard Park, while we were wowed by the top wines form Austria’s Schloss Gobelsburg.

In the medium-dry category it was Schloss Sconborn’s top Rheingau expression that took home the only Gold of the flight, with further Golds then awarded to sweeter wines, including a Spatlese from the same producer, and another to a further Rheingau winery, with August Eser also gaining a Gold-medal score.

Our tasting ended on an intensely sweet high, with a Canadian ice wine from Peller Estates named a Riesling Master for its combination of remarkable raisined richness, lemon curd-like characters and freshly sliced green apple acidity.

Indeed, having started the tasting by sampling the fine chalky fizz of top German Sekt and ended with the viscous deliciousness of a Canadian Riesling made from frozen grapes, we were reminded just how versatile this single grape is. Indeed, such is the diverse nature of Riesling, it would be a great shame for the grape to remain famous for just one style of wine. The challenge of course comes with telling the consumer exactly what they can expect from their chosen Riesling. And for that to be overcome, an accurate tasting note on the bottle or wine list is vital.

Over the following pages you can see all the medallists from this year’s competition, as well as comments from the judges (who are pictured below), and more information about the Global Riesling Masters, including how to enter. 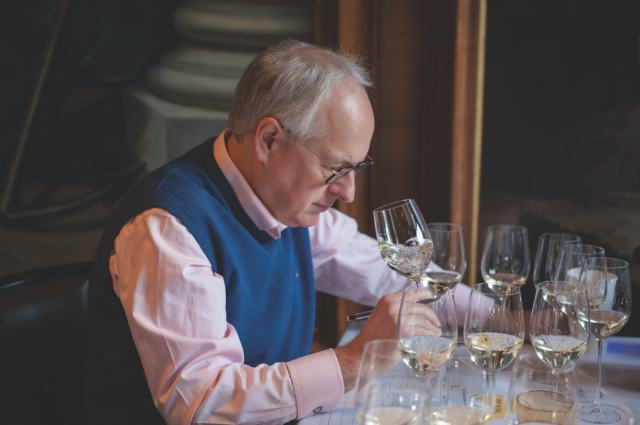 Commenting on style: The Riesling Masters was yet another demonstration of Riesling’s sublime versatility. There were good examples of Sparkling, Dry, Medium Dry, Medium and Sweet Rieslings.  At the top end we glimpsed greatness in the Dry (wines 33, 34 and 35), Medium Dry (wine 46) and Sweet (wines 61, 61B and 62) divisions. Even within these styles there was fascinating variety. On one occasion we discussed the relative merits of two juxtaposed wines: the first was packed with ripe stone fruit balanced by vibrant acidity and a bone dry finish, the second was richer, more opulent and showed botrytis notes on the nose. I preferred the former, Patrick the latter, but they were both lovely wines and ended up with the same score.

Commenting on price: While our Golds and Masters were clustered at the top end of the price range, there was a pleasing spread of Silvers across the price categories. Wines 4B and 48 deserve a special mention for picking up Silvers despite being in the <£10 bracket.

Commenting on medals:  Looking down our medal tally, we did seem to award a high proportion of Silvers (25) compared to Bronzes on one side, and Golds / Masters on the other.  It is hard to know whether there is any profound significance to this. Does it suggest that it is hard to make dull or mediocre Riesling, but even harder to make great Riesling?  I am not sure.  As ever, a lot depends on the samples that we see on the day. Certainly when we were confronted with greatness we had no problem in handing out the top gongs.

Commenting on sources: Austria, Germany, Australia, Washington State and Canada seemed to pick up the biggest slew of top medals.  That said, there were some plodding examples from these places as well.  We had a good Trentino wine, and I seem to remember that one of the Kazakh bottles did alright.  The Chilean Rieslings were not great, and neither was the Turkish one.  I remain concerned about the direction of Alsace.  Doubtless there are still sublime wines being made there, but I rarely see them in the UK nowadays.  What we saw today is typical of the occasional Alsace bottle that I see in the mainstream trade: correct but rather dull and hollow.  Perhaps the really exciting wines are being shipped elsewhere, but I am not sure.

Commenting on faults: Miraculously, I think for the first time ever, there were no faulted wines: no cork taint, no obvious reduction, no egregious oxidation, no raised VA.  The odd wine was a tad soggy, a couple of wines had slightly suspect quality fruit, and a few had shrill acidity but there was nothing that was faulted.

The Global Riesling Masters is a competition created and run by the drinks business, and forms part of its successful Masters series for noble grape varieties, such as Chardonnay and Pinot Noir, as well as major wine styles, from sparkling to rosé, and famous regions like Rioja and Tuscany. The competition is exclusively for Riesling, and the entries were judged using Schott Zwiesel Cru Classic glasses supplied by Wine Sorted. The top wines were awarded Gold, Silver or Bronze medals according to their result, and those expressions that stood out as being outstanding received the ultimate accolade – the title of Riesling Master.

The entries were judged on 5 February at Les 110 de Taillevent restaurant in London W1. This report features the medal-winners only.

Please visit the Global Masters website for more information, or, to enter future competitions – giving you the chance to feature online and in print – please call +44 (0) 20 7803 2420 or email Sophie Raichura at: sophie@thedrinksbusiness.com