Bordeaux first growth Château Latour will release its 2012 vintage next month, the first ‘new’ wine to come from its cellars in eight years. 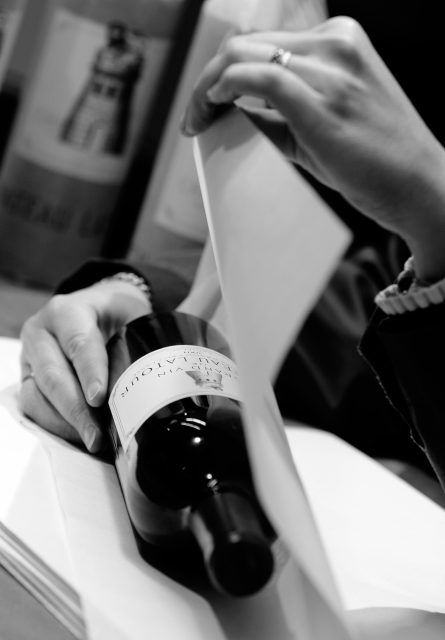 The 2012 grand vin will be released on 18 March through La Place de Bordeaux alongside the 2014 vintage of second label Les Forts de Latour; while the 2015 vintage of third label Pauillac de Latour will also be released but through other channels.

The 2012 vintage of Les Forts was released in 2018 but this will be the first time a previously unreleased vintage of the grand vin has hit the market in almost a decade.

In 2012, the Pauillac first growth announced that its 2011 vintage would be the last it offered en primeur and that it was withdrawing from the system and would release wines when it felt they were ready.

From 2013 onwards the estate has released a number of back vintages of both the grand vin and second label with varying success.

Early releases carried a hefty premium to the same wines already on the secondary market and reactions were mixed to muted to non-existent with many arguing why they had to pay a premium versus the same wines in excellent condition stored in bond since release.

The ex-cellar premiums have declined in more recent years and while a couple of releases have still not worked – such as the 2007 release in 2016 – others have started to find an audience (such as the 2008).

When the 2012 vintage of Les Forts was released in 2018 it found a much more eager audience than the 2006 vintage of the grand vin re-released alongside it.

It is highly likely therefore that the 2012 vintage of the grand vin, as a new vintage from such a famed estate, will attract a good deal of interest from collectors – even if they remain somewhat oblivious to its launch at present.

As Will Hargrove, head of fine wine at Corney & Barrow, said, this is the first true “acid test of the model”.

He and other merchants seem confident that there will be interest from their customers given the prestige and popularity of an estate like Latour but much of it will, naturally, be price dependent.

The fine wine industry (along with the rest of the trade) is facing severe headwinds at present with increased tariffs on certain wines in the US and recession in Hong Kong and the growing Covid-19 situation which is threatening further economic downturns in its wake.

This might encourage Latour to be more circumspect in with its pricing, compounded by the fact that 2012 is not one of the ‘great’ Bordeaux vintages particularly on the Left Bank.

That said, of all the Left Bank wines it is usually rated as one of the best. Stephen Browett, director of Farr Vintners, recalled it was one of the top-rated wines at the Southwold retrospective of the vintage back in 2016.

“As 2012 is a new release and is coming onto the market at a difficult time – political unrest in HK, Coronavirus, Trump tariffs in US, Brexit etc, I would like to see it pitched at a lower price than the comparable vintages that are already on the market.

“At around £4,000 per dozen to the consumer it should find buyers as that would make it the lowest-priced vintage in the market today.”

Furthermore, although Latour will continue to hold back some stock for future releases, CEO Frédéric Engerer hinted at a tasting in London yesterday (26 February) this will also be one of the largest Latour releases for some time with the bulk of the 2012 slated for release, which would be encouraging for the market as it would come across as a ‘proper’ en primeur release and “best time to buy it”, said Hargrove.