Georgian wine exports to the UK up 60%

Exports of Georgian wine to the UK are up by an impressive 60%, with importers like Hallgarten Novum and Berkmann adding listings to their portfolios last year.

Hoping to capitalise on the growing thirst for Georgian wine in the UK, the National Wine Agency of Georgia is preparing to raise awareness of the wines with a 2020 campaign.

Run by Master of Wine Sarah Abbott, the campaign will support sales of Georgian wines already in the UK while helping producers not yet exporting to enter the UK.

Last year was a milestone for Georgian wine sales in the UK, with exports rising by 60% off the back of representation from key importers like Hallgarten Novum, Berkmann and Amathus. 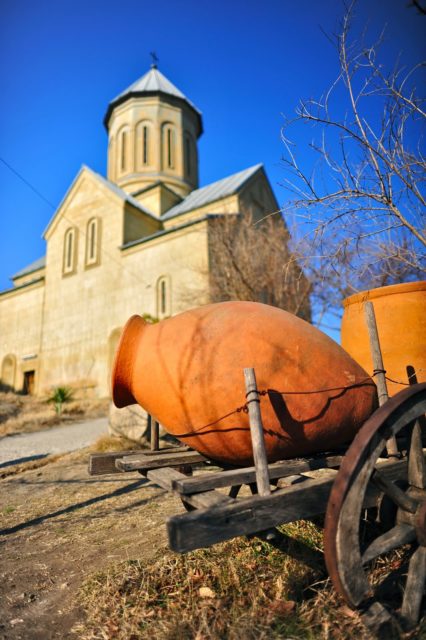 “2019 proved to be something of a tipping point for Georgia in the UK, with interest in the wines and the country as a tourist destination increasingly rapidly.

“With four new importers now shipping Georgian wines, this has had a significant impact on the number or bottles being exported to the UK,” Madeleine Waters of Swirl Wine Group, which represents Georgian wine in the UK, told db.

This month, Boutinot is launching a range of wines from Teliani Valley from Georgia’s Kakheti region.

“We found Teliani Valley to be passionate, dynamic and collaborative, but most importantly, they make great wines,” said Boutinot’s Matthew Jones.

“We will be focusing on the on-trade and independent retailers. We were excited to be launching five Teliani wines at our February portfolio tastings – they’re already creating a buzz with the sales teams and I’m sure they’ll be a hit with our customers,” he added.

Irakli Cholobargia, marketing director at the National Wine Agency of Georgia, put the recent growth of Georgian wine at export down to opening up the wines to new international markets.

“Georgian wine exports are up by 20% in value and 11% volume year on year. This positive, sustainable growth has been supported by national and producer-led initiatives to protect the authenticity and quality of Georgian wine.

“A key factor is the increase in the number of new export markets in the last five years, such as Japan, the USA, the UK, Sweden and Germany,” Cholobargia said.

“While these new markets are smaller than the traditional markets of Russia and Ukraine, they are valuable to us because of their focus on artisan wines and high quality, as well as for their potential for further growth,” he added.

A Wines of Georgia trade tastingwill take place on 25 March at Trivet restaurant in London Bridge and will include over 100 wines from both UK importers and producers seeking distribution.