‘Booming’ UK market for Champagne not being recorded

The demand for high-value branded Champagne is “booming” in Britain, but it’s not being recorded by the leading analyst in the UK, says chairman of the country’s Champagne Agents Association, Andrew Hawes. 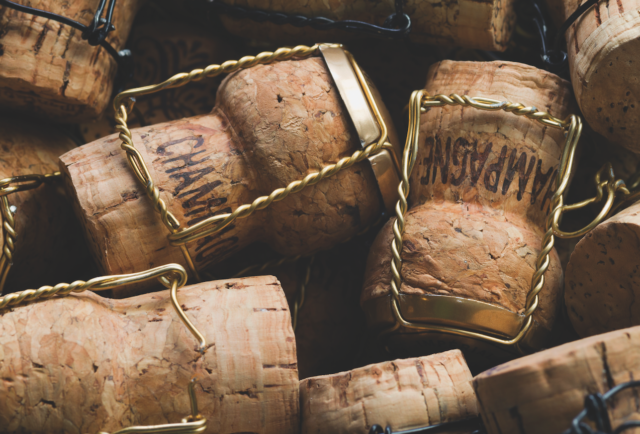 During an open discussion on the state of the market for Champagne in the UK last month, Hawes, who heads up the Champagne Agents Association, and Mentzendorff – the importer for Bollinger and Ayala Champagnes in the UK – expressed his frustration that the British demand for the fine French fizz was not being accurately reflected in the press because only part of the market was being recorded by the country’s top researcher, Nielsen.

As a result, speaking about figures on Champagne sales for Christmas and the New Year in the UK, Hawes said that “some major falls” had been reported in the media at the start of 2020, which were out of line with the sales data he sees.

Initially, he pointed out that Nielsen data on UK retail sales of Champagne for the year ending the 4 January 2020 showed a decline in Champagne sales by volume of 1%, but a rise in sales by value of 4%, while for sparkling wine – which mostly reflects the demand for Prosecco – had seen a fall of 4% in volume and a drop of 4% in value over the same period.

Consequently, he commented, “We are definitely out of this period when sparkling wine is taking big chunks out of the Champagne market.”

Continuing, he described the sparkling wine market as “maturing”, with the demand for Prosecco “steadying” and a diversification of the category, with, for example, Cremant de Loire “really increasing”.

Sticking with the Nielsen data on the Champagne and sparkling wine market, he said that the festive season had not been great for Champagne, with a volume sales decline of 4% over the four-week Christmas period.

“It wasn’t a difficult year for Champagne that was redeemed by a great Christmas, it was the other way round… because of the timing of Christmas, people started [buying Champagne] late, and stopped early; it was not all about a late splurge, while Champagne had been steady all year,” he surmised of sales trends tracked by Nielsen.

As for the overall slight volume decline recorded by Nielsen for Champagne during the course of 2019, he said that this was due to on a continued fall-off in demand for the cheapest end of the Champagne market – which comprises discount-driven retailer exclusive labels.

“It is more retailer than consumer driven,” he said of the decrease. “There has been a change in retailing tactics in regard to the exclusive labels designed for the high-low era of Champagne [discounting],” he added.

While admitting that such price promotional offers “still exist”, the biggest four supermarkets in the UK have been “winding them down for 2-3 years”, and, as a result, he recorded that retailer exclusive labels had seen massive sales declines, mentioning Nielsen figures of -33%, -23% and -10% “for some of the weird and wonderful labels”.

Stressing that these numbers referred to labels that are exclusive to the supermarkets, but not the retailers’ own-brand offerings, he said that the latter had faired better, but was still down by 8% in volume.

So why aren’t such numbers representative of the wider UK market for Champagne? Hawes explained. “Nielsen gives a view of the most difficult part of the market, because it is a great read of the multiple off-trade, but not the independent specialists.”

Continuing he said, “Nielsen may include sales from Majestic, but, most significantly, it does not track the entire fine wine market from Berry Bros, to BI, or Fine & Rare, Farr Vintners, and The Wine Society.”

Such a list of major UK-based fine wine retailers, who between them have a large database of serious collectors, is “an increasing part of the market for Champagne, and represents the majority of sales of prestige cuvées,” according to Hawes.

In fact, he told db that for these fine wine retailers, “Champagne is the number two market after Bordeaux, and if you look at their numbers, you will see that Champagne is booming.”

He added, “It is a very positive picture, but none of that is in Nielsen.”

Certainly, if one considers some of the major Champagne releases of last year, be they from prestige cuvée brands such as Cristal or Dom Pérignon, Krug or Pol Roger Sir Winston Churchill, all of them “were extremely successful”, said Hawes, before reminding db of Bollinger’s rapid-sell out last year of its La Grand Année 2008.

He then said, “The most positive part of the Champagne market is not in the Nielsen numbers.”

“The really cool prestige cuvée stuff is all on allocation, and prices are rocketing on the secondary market,” he added, pointing out that sales were in fact limited by supply, not demand.

Meanwhile, back to the more mainstream sector of Britain’s major supermarkets, he also pointed out that “the major Champagne brands are doing ok, and if your strategy is to push for volume, then you can grow [in this retail sector in the UK].”

As a result, he said that “None of this suggests that people are getting fed up with Champagne.”

What about average prices for Champagne in the UK? According to Nielsen (MAT 04.01.20), Champagne has risen by 2.9% to hit an average price per bottle of £23.88, which suggests that “price increases are going through and the mix has improved,” according to Hawes, referring to a broadening in the range of Champagnes on the shelf, including higher priced cuvées such as rosés, reserves and vintages.

Finally, speaking more generally about the British people’s connection with Champagne, Hawes said that it was as strong as ever.

“There is a temptation to write about Champagne in context of politics and Brexit; an attempt to link figures to political events, on the basis that Champagne maintains this barometer of national sentiment, and how we feel about Europe,” he began.

“But there is zero evidence that whether people voted remain or leave, whether they are sad, happy or indifferent, that it affects their decision to buy a bottle of Champagne in a shop or have a glass in a restaurant,” he added.

Continuing, he commented, “Champagne is clearly affected by the economy, and the economy is ok.”

As for the idea that a new generation of drinkers are not interested in Champagne, Hawes said that the brand owners should not be unduly concerned.

“It is popular to think that young people are not buying Champagne, and maybe it’s not the drink of somebody of who is 25, but has it ever been; but when you reach a point in life when you have a bit more money and Champagne finds you, then you find Champagne,” he said.

He added, “There is a great story with Champagne and when it’s effectively told, then clearly people will spend the money, so people must be happy with the product and experience they are receiving.”

Nevertheless, he concluded, “But Champagne can’t rest on its laurels.”

Although the Comité Champagne has yet to release a breakdown of shipments market by market, official figures for France and overall exports in 2019 have now been released, and we have reproduced them below (earlier reports on shipments by the drinks business were based on estimates).

CHAMPAGNE SHIPMENTS FOR 2019 COULD BE LOWEST SINCE FINANCIAL CRISIS

LOI EGALIM TO BE ‘SOFTENED’ AFTER CHAMPAGNE SALES SLIDE IN FRANCE