Average UK price of a bottle of wine to exceed £6

The average price of a bottle of wine in the UK is expected to break the £6 barrier for the first time this year, according to the Wine and Spirit Trade Association. 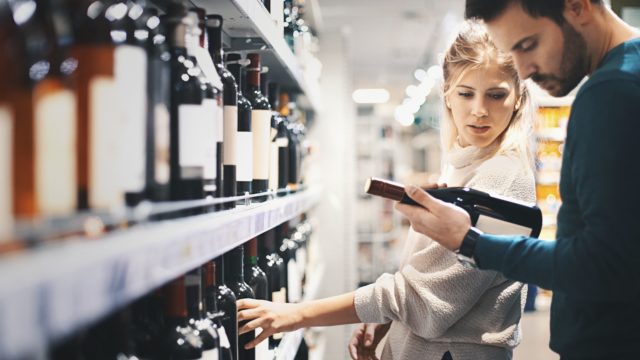 If wine price growth continues at its current rate, the WSTA predicts that the average bottle price will exceed the £6 mark by June 2020.

Wine Drinkers UK, a campaign group calling on the Government to cut wine tax, said the expected price hike will affect the 9.7m UK shoppers who buy wine under £6.

According to data and insights analyst Kantar, a whopping 54% of still wine buyers  in the UK spend less than £6 per bottle on wine.

“This is a trend that risks alienating value-conscious shoppers as it has hit those who spend on lower-priced wine the hardest,” Laura Christen of Kantar said.

“Too many people still think wine is enjoyed by ‘wealthy’ people, meaning price rises aren’t a problem, but that clearly isn’t the case.

“If the average price for a bottle of wine tips over the £6 mark as is predicted, we risk freezing out millions of hard-working people from a drink that they enjoy,” TV wine personality Joe Fattorini added.

Among the factors responsible for the price rise are the weaker pound since the 2016 referendum driving up importer costs and less wine being sold on promotion in supermarkets.

For a £6 bottle it makes up 37.2% of the cost and for a £7 bottle it accounts for 31.9% of the cost. The Wine and Spirit Trade Association and Wine Drinkers UK are urging the chancellor Sajid Javid to cut wine duty when his Budget is announced on 11 March.