Canadian winery Mission Hill has won a wrongful dismissal case brought against it by a former cellarman who mistakenly poured C$162,464.40 worth of wine down the drain. 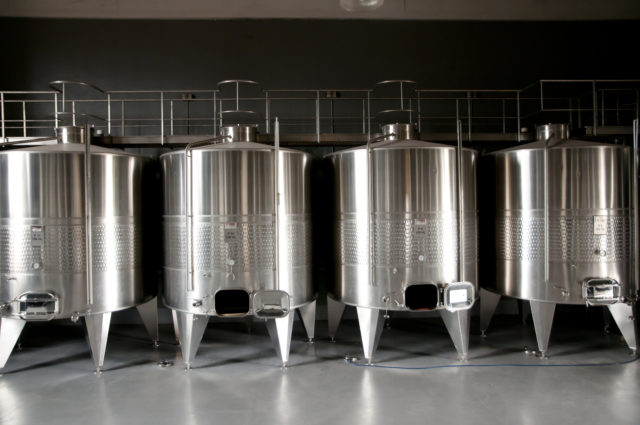 Brent Crozier was dismissed from his role at the Okanagan Valley winery in December 2018 after accidentally leaving a tank valve open, leading to the loss of 5,680 litres of Mission Hill Estate Sauvignon Blanc.

Crozier had worked for the winery for 10 and a half years at the time of the offence and had also done a stint at the winery between 1997 and 2003. He was appointed Mission Hill cellarman in 2014, primarily tasked with the transfer and blending of wine as per directions in a work order.

The offence which led to his termination was committed on 19 November 2018 when he was tasked with moving wine to several receiving tanks.

After setting up the transfer, he estimated that the total flow time would be 30 minutes. In the court documents, published online, it was stated that Crozier should have checked the lines after 15 minutes to make sure there were no leaks or other issues.

The documents state that this check was a “key part of his job” and had he made it, “a significant portion of the wine” would have been saved. It is noted that Crozier gave two versions of events, one in which he claimed he checked the tank after 20 minutes. However it is stated that if this was correct, he would have been able to salvage some of the wine.

Crozier said at the hearing: “I was freaking out. I could not believe I forgot to change over the valve.”

Crozier and the Service Employees International Union filed a case for wrongful dismissal. The union argued that firing Crozier was too harsh a punishment, considering other errors, that had been committed by different employees, had only resulted in a three-day suspension.

Crozier also stressed that the time in which the offence was committed was during the busy period in the winery year, known as “the crush”. He noted that the workload and pressures “were pretty big at this time of year” and he had been working weekends with total overtime from the middle of August to the end of November amounting to 257 hours.

The arbitrator of the case, Nicholas Glass, dismissed his arguments.

A key factor in this decision was that Crozier had made a similar mistake in 2017, resulting in the loss of an even greater volume of wine. Crozier admitted to accidentally dumping 11,000 litres of wine in an earlier incident, and had “apologised profusely” to the winery and promised to be more careful.

Glass also disagreed with the union that Crozier’s offence had been on the same level as those committed by other members of the cellar team. While the blending errors mentioned in the trial report had resulted in some substantial monetary losses, relatively small volumes of wine had been lost and most of the wine was able to be salvaged.

Glass noted: “What continues to strike me as the distinguishing factor in the grievor’s culpable conduct is the lack of any application to his duties to the point where he did not so much make a mistake in carrying out his duties as he simply failed to carry out his duties at all, over the relevant time frame.  As he said, ‘he forgot’ what his task was, for at least a critical half hour, and he had no other pressing duties during that time.

“I am also struck by the magnitude of the grievor’s carelessness in 2017 and the disastrous consequences of it, which should have impressed upon him the importance of applying himself conscientiously to his duties, but which clearly had no effect because he was guilty of the same negligent misconduct with similar disastrous consequences in 2018.

“The union made much of the number of times the grievor said he was sorry for what he had done and of the fact that he was obviously remorseful. I do not find this to be a mitigating factor of much substance given that after the same or similar apologies and expressions of remorse in 2017, he repeated the same disastrous error approximately 18 months later.

“I find that the discipline of discharge, in all the admissible circumstances of the case, was not an excessive disciplinary response. The grievance is dismissed.”