The Advertising Standards Authority in the UK has banned a health drink company’s advert for containing overblown statements about its ability to cure hangovers. 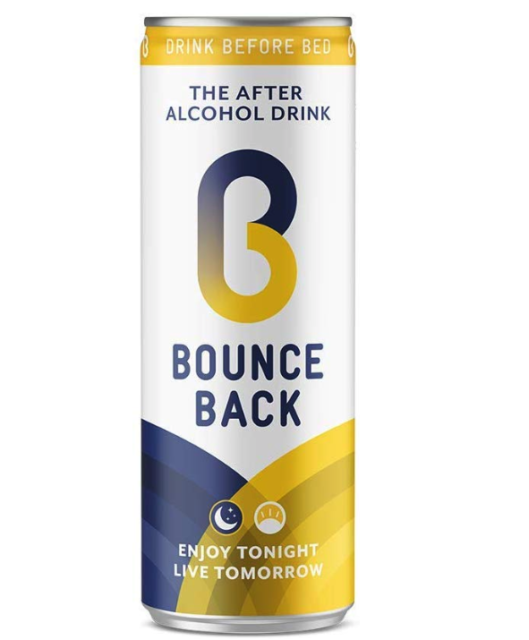 Bounce Back is a “lightly sparkling tropical flavoured multivitamin, amino acid, mineral and prebiotic drink”, according to information on the brand’s website.

The Glasgow-based company took out an advertisement in The Scotsman on 28 September and 3 October 2019, which included the headline: “Enjoy tonight, live tomorrow – get ready to bounce back”.

“With around 30 million weekly alcohol consumers in the UK relying on sugary drinks and caffeine to try and replenish their bodies after a night out, it’s incredible that it has taken this long to produce a healthy product that positively deals with the after-effects of alcohol,” the main text said.

But it wasn’t long before the UK’s advertising watchdog decided to investigate the brand’s claims.

It is against the ASA’s code to claim that a food could prevent, treat or cure disease. Hangovers also come under this category.

To make matters worse, the brand stated in its advert that its claims were “fully compliant with the European Food Safety Authority (EFSA), the Medicines and Healthcare products Regulatory Agency (MHRA) and Advertising Standards Authority (ASA) regulations,” something the ASA was concerned implied it was actively endorsing the drink.

Bounce Back said they had spoken with the MHRA when developing the product, to Food Standards Scotland (FSS) to understand the requirements around nutrition and health claims made on foods, and to the Committee of Advertising Practice (CAP) when developing the ad. They also provided the ASA  with screenshots showing extracts of emails with those bodies.

Responding to the ASA’s queries, Bounce Back also said the product “did not prevent or treat hangovers or any symptoms associated with hangovers”, and the never used specific words such as “hangover”, “cure”, “treats”, “heals” or “prevents” in any of their ads.

The company’s advert also claimed to contain a “unique combination of amino acids, vitamins, minerals … specially selected to replenish nutrients and support liver function”. This, it said, was intended to refer to the authorised health claim “Choline supports normal liver function”. The brand’s owners provided lab analysis which they said showed the product contained a sufficient quantity of choline that the claim could be used.

The ASA told Bounce Back not to refer to advice received from CAP or “imply endorsement by the ASA or CAP in their marketing communications, or to claim that they, their advertising or their product had been approved, endorsed or authorised by any public or other body if it had not.”

The ASA said requires that ads “must not claim that the marketer or product had been approved, endorsed or authorised by any public or other body if had not.”

It considered the claim the business is “fully compliant” with MHRA regulations implied that Bounce Back had been “reviewed and approved” by the MHRA.

“We understood that the MHRA had provided general guidance to the advertiser in relation to the marketing of medicinal products but considered that did not constitute approval or endorsement by the MHRA.”

Bounce Back’s co-founders Vandana Vijay and Dhruv Trivedi moved from Mumbai to launch in Glasgow in 2014 under the Sirius Programme, a government initiative which offered seed funding (around £12,000), 12 months of office accommodation and visa support to graduate entrepreneurs to help them set up their business in the UK. They are also part of Royal Bank of Scotland’s Entrepreneur Accelerator programme.