UC Davis has received a US$200,000 gift to preserve and digitise the work of one of California’s leading viticulturists, Harold Olmo. 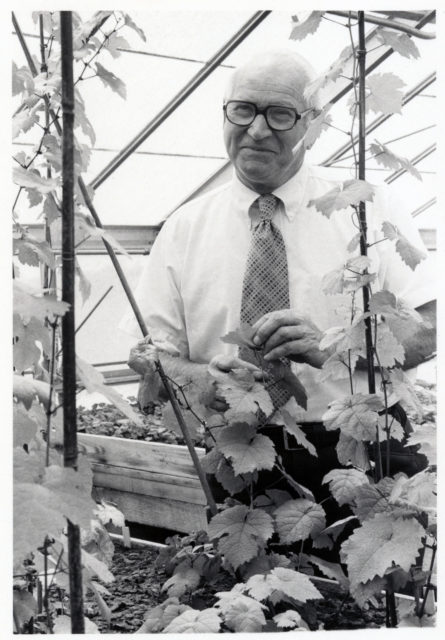 The grant was made by Larkmead Vineyards and will allow the university to share Olmo’s work on viticulture, grape breeding and suitability of grape varieties in different climates.

Olmo joined the Department of Viticulture at UC Davis in 1938 and over his 40 year career helped build the faculty’s reputation.

He released more than 30 wine and table grape varieties including Red Globe, Ruby Seedless and Ruby Cabernet and he is best known for developing the Cabernet Sauvignon ‘Oakville’ clones that would help cement Napa Valley as a leading global region.

His work on Cabernet Sauvignon and Chardonnay were hugely important for Californian viticulture and his work in Swan Valley in Australia was equally influential.

Cam Baker of Larkmead said: “Dr. Olmo was one of the most influential viticulturists of the 20th century.

“Napa Valley owes much of its success as a wine region to him. It’s our hope that through the digitisation and analysis of Dr Olmo’s research by the UC Davis Library, more findings will come to light that will guide Napa Valley into its next chapter.”

“As we preserve and increase access to these documents, we hope to uncover elements of Olmo’s research that could provide new insight into modern-day viticulture practices. This project is a powerful example of how, through digital scholarship, we can connect the past with the present to better inform the future.”

His documents will be digitised over the course of 2020.