Sotheby’s has announced that its wine and spirit sales this year hit US$118 million, the highest total ever and 20% higher than last year. 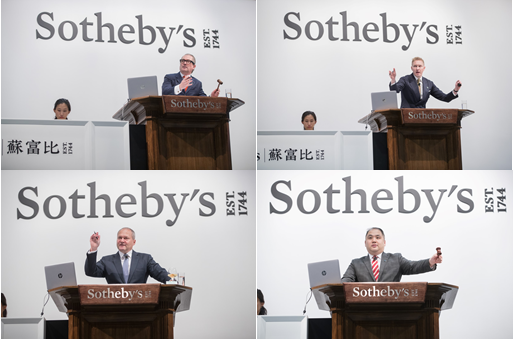 It is the second consecutive year that the auctioneer’s wine department has experienced sales in excess of $100m and makes it the leading live auctioneer in Asia and the UK.

The new record total was driven by a series of equally record-breaking sales throughout the year.

The ‘Tran-scend-ent’ sale in Hong Kong this April made $29m, a new record for a single owner collection and this was part of a four-day sale that made $34.8m in total – likewise a record for a wine sales series.

Then there was the world record for a bottle of Scotch whisky this October, which went for £1.5m ($1.9m) and which was part of a spirit-only sale that made £7.6m in total.

Other notable results included the sale of 75 cases of Mouton Rothschild that made $2.7m altogether, with the full proceeds going to the restoration of Notre Dame de Paris and Versailles; the fourth instalment of the Don Stott cellar in New York which totalled $5.5m and the sale to benefit the Cité du Vin in Bordeaux which realised $380,000.

Jamie Ritchie, chairman of Sotheby’s Wine, said: “2019 has been another record-setting year for Sotheby’s Wine. We achieved our highest-ever annual total for both auction and retail, and continued to innovate, demonstrated by: the presentation of our auction catalogues as well as online-only sales; the launch of both our spirits business and the Sotheby’s Own Label Collection. There were several historic moments: in the spring, we had a monumental, $35 million, record-breaking weekend in Hong Kong, with the world auction record for any series of wine sales.

“This was followed in the autumn by our first-ever single-owner spirits auction, which saw the highest-ever price for any bottle of wine or whisky sold at auction. The launch of Sotheby’s Own Label Collection is a natural extension of our expansion into the retail business, providing a range of affordable wines that are classic examples and typical of each region. 2020 will be our 50th anniversary year and will celebrate the evolution of our wine business since our first sale in Glasgow in 1970.”