Moët-Hennessy is to take a “huge” stand at the inaugural Vinexpo Paris in February to speak about sustainable development at the luxury drinks group for the first time. 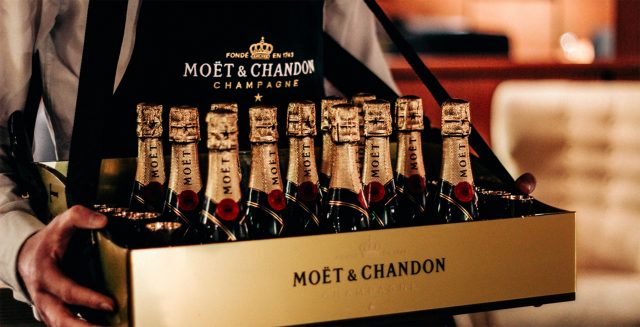 Speaking to the drinks business last month, CEO at Vinexpo, Rodolphe Lameyse, expressed his delight that the owner of great brands from Champagne Dom Pérignon to Cloudy Bay wine would be present at the Paris fair, and in such an impressive way.

“Moët Hennessy are coming to Vinexpo Paris with a 400m2 stand; it is huge,” he said.

“They are coming because it is a premium show, and the perfect place to showcase their excellence in sustainability,” he added.

Following his comments, db contacted Moët Hennessy, which confirmed the group’s participation, and the fact that it would use the Paris event to speak about sustainability.

Noting that this will be the “first time” it has promoted its work to deliver sustainable growth, it noted that it would use the three days of the fair (10-12 February) to host “succinct discussions and debates” focused on “transmission of preserved and healthier lands to the next generation.”

In a press release sent to db last week, Moët Hennessy said that its talks at Vinexpo Paris would be no more than 30 minutes, and would address questions such as:

How to maintain production while adapting to climate change?

What options does the sector have to preserve our most precious resource, living soils?

Will technological innovations pave the way for a new sustainable agriculture?

Why are wines and spirits particularly affected by climate change and biodiversity loss?

Such topics will be tackled by “specialists from within Moët Hennessy Maisons, experts from around the world and those attending Vinexpo.”

The work towards sustainable development at Moët Hennessy began in earnest five years ago and has seen the group focus on a number of areas, such as investing in new environmentally-friendly technology and staff training on green issues.