The wine industry has vowed to support Samantha O’Keefe, owner and winemaker at South Africa’s Lismore Estate, who lost her winery and home in a fire, believed to be arson, this week. 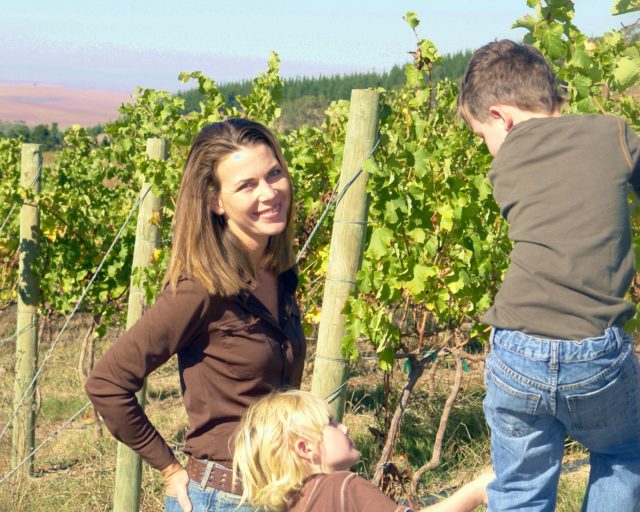 According to reports circulating on social media, wildfires, which authorities believe were deliberately started, have destroyed the Lismore Estate winery as well as the O’Keefe family home. O’Keefe and her family are reported to be safe and staying in a nearby hotel.

“The fire started Wednesday (11 December) late afternoon, we believe two children set it in what we call a malicious ignition, we are busy with the investigation and we have a good idea who they are and we’re pursuing that,” he said. He added that four buildings are believed to have been burnt, together with vines and fruit.

According to sapeople.com, O’Keefe had opened a tasting room at Lismore just last week.

Yusuf Mayet, a friend of O’Keefe, has set up a fundraising page to help recovery efforts, and is also exploring the possibility of setting up additional events, including auctions and dinners, both in South Africa and abroad in order to raise funds.

He told the drinks business: “I am devastated to hear about this fire. I met Samantha a few years ago and she has grown from humble beginnings and has just been a model for inspiration and perseverance.”

Mayet’s fundraising page can be found here. A South Africa-based fundraiser has also been set up, which you can view here.

Messages of support have also been shared widely on Facebook and other forms of social media.

“In all our thoughts our special friend. I can’t even imagine. I am devastated for you beyond words and sending you so much love. For those that don’t know Sam, you should know her wine, seek it out, buy a bottle, hell buy a case, let’s get Lismore back on its feet with this small but significant gesture at this incredibly sad time,” she added.

Originally from Los Angeles, O’Keefe took the plunge and bought a farm outside Greyton in 2000 in what was then an untested wine region. After many struggles to bring her dream to fruition, O’Keefe’s friends funded a trip to London in 2012, where her wines achieved critical acclaim from the likes of Neal Martin. Lismore has also recently scored highly in Tim Atkin MW’s latest report on South Africa.

Lismore’s full portfolio is distributed by Hallgarten & Novum Wines in the UK, which this year added the producer’s top tier reserve wines to its portfolio. The range includes a Viognier, Chardonnay, Pinot Noir and Syrah.

In a statement, Hallgarten said: “It is with great sadness we learn that Sam O’Keefe of Lismore Wine Estate yesterday suffered an awful fire at her property in Greyton, South Africa, causing serious damage to the entire estate. Our thoughts are with Sam and her family at this dreadful time.”