Having unveiled his first Mod Sélection Champagnes at the start of the year, Canadian rapper Drake is ending the year by launching two 2008 vintage expressions priced at US$480 and $550 a bottle. 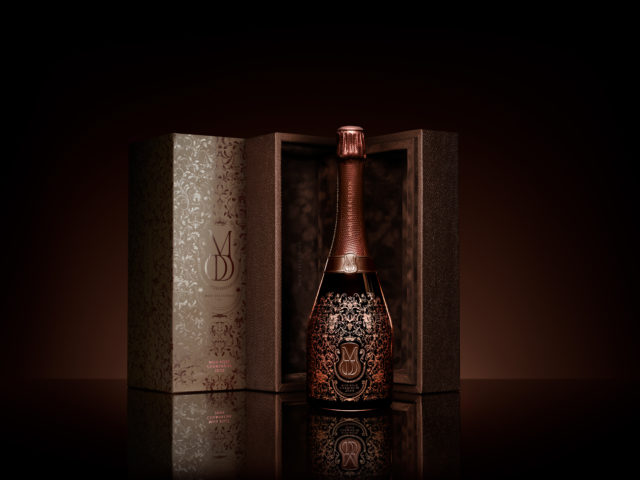 In January this year, Drake teamed up with Brent Hocking, the founder of DeLeón Tequila, to create a new Champagne range called Mod Sélection.

The reserve, priced at $480 a bottle, is a blend of 10% Pinot Noir, 55% Meunier and 35% Chardonnay. According to the producer, it has aromas of “rich, ripe fruit” with flavours of “orange peel, dried apricot, pineapple, brioche, nutmeg and clove” on the palate.

Mod Sélection Rosé Vintage 2008 meanwhile, which is made using the saignée method and priced at $550 a bottle, is a blend of 10% Pinot Noir, 50% Meunier and 40% Chardonnay.

The wine is described as having a “deep-salmon hue” with “concentrated and complex fresh red fruit on the palate” with honey, ginger and sweet spice.

Commenting on the launch, founder and CEO of Mod Sélection Champagne, Brent Hocking, said: The attention to detail in every aspect of our production process is what sets this Champagne apart from all other 2008 vintages the industry has seen this year.

“We have purposely waited to release these special blends to ensure optimum quality and purity – and we believe they’re worth the wait.”

These releases mark the third and fourth product launches from the brand, following the launch of the Mod Réserve Champagne (US$300) and a Mod Rosé Champagne (US$400) earlier this year.

Like those before it, the vintage Champagnes will be packaged in the brand’s brown metallic bottles and adorned with bronze detailing, made by craftsman from Champagne.

The house has 16 hectares of vines, located in the Vallée de la Marne, Côte des Blancs, and the Epernay regions. 60% of their vines are Meunier, 30% are Chardonnay and 10% are Pinot Noir.

Drake and Hocking first worked together back in 2016 when they launched Virginia Black Whiskey. Last year, they offered an IPO for the whiskey, hoping to raise $30 million to fund domestic and international expansion, sales and marketing, and working capital.