Worrying about your hangover makes it worse, research suggests

A study conducted by the University of Salford has found that individuals who overly worry about the pain of a hangover can actually make their symptoms worse. 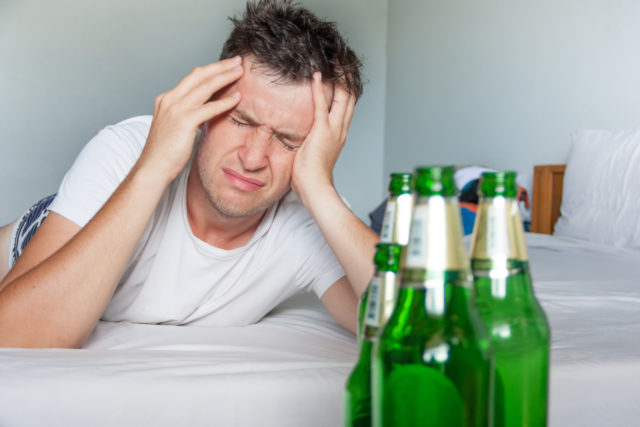 Headed up by lead researcher Sam Royle, the study aimed to explore why hangovers vary depending on the person involved, and whether this was linked to how likely the individual was to worry about pain.

So-called pain catastrophising is the tendency to overly worry about the prospect of pain and the management of it.

The experiment involved a total of 86 participants, all aged between 18 and 46. Each person was asked to complete a questionnaire about when they had consumed alcohol, helping the scientists to estimate their blood alcohol levels.

Those taking part also were asked to comment on the nature and extent of their hangovers by rating the severity of the eight main symptoms of the condition: thirst, fatigue, headache, dizziness, loss of appetite, stomach ache, nausea and heart racing.

Researchers then tried to establish to what extent the participants catastrophised their pain, asking them to answer questions which assessed their psychological coping mechanisms.

Conclusions revealed a “significant relationship” between catastrophising and hangover severity scores. Moreover, it showed that the score obtained from the ‘catastrophizing questions’ was a better indicator of the perceived hangover severity than the estimated blood alcohol level.

Lead researcher Royle commented: “These findings suggest the importance of cognitive coping strategies in how people experience hangovers after drinking alcohol. This may have implications in understanding behavioural responses to hangovers, and also for addiction research.

“These results are interesting because of the role that coping mechanisms, like catastrophising, seem to play in longer term health outcomes such as depression, and addiction. Catastrophizing has itself been associated with craving (a powerful urge or desire to consume a drug), a key criterion in addiction.

“All together, this might suggest that coping mechanisms play a role in both hangover, and the development of addiction in those who are predisposed (due to biological factors like genetics). If this is the case, then the experience of hangover might act as a predictor of future risk for addiction, and help healthcare professionals to target interventions that help prevent addiction in the first place.”