The average Brit drinks 108 bottles of wine a year

British consumers drink an average of 108 bottles of wine a year per person, making the UK the booziest nation in the Western world, according to a new report. 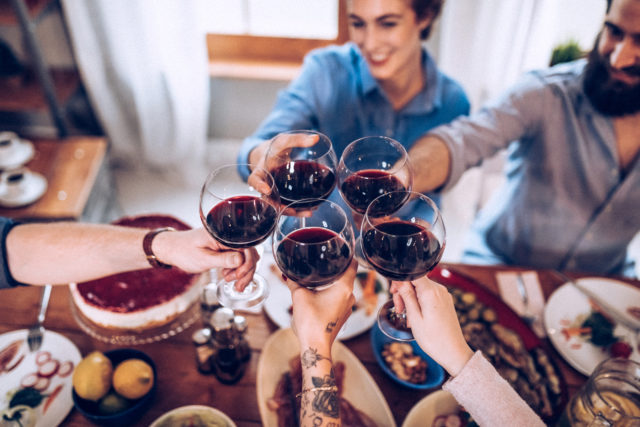 As reported by The Telegraph, the study, which looked at 36 nations, found that Britain has one of the highest levels of alcohol consumption in developed countries.

Adults in Britain consume an average of 9.7 litres of alcohol a year – the equivalent of 108 bottles of wine or 427 pints of 4% ABV beer.

Baby boomers who grew up in the hedonistic ‘60s and ‘70s are consuming far more alcohol than younger drinkers, and are turning a blind eye to the health risks.

The report by the Organisation for Economic Co-operation and Development (OECD) warned that many Brits are indulging in “unhealthy lifestyles”, with both alcohol consumption and obesity rates in Britain being above the OECD average.

The report found that the UK’s alcohol consumption is significantly higher than many European countries, including Sweden, Italy and Spain, and also higher than both Australia and New Zealand. Among the heavier drinking countries in Europe are Germany, France, Ireland and Lithuania.

“The amount of alcohol people drink in the UK has been falling for more than a decade – people are leading more balanced lifestyles, especially among younger generations.

“But where individuals are drinking to harmful levels, there should be targeted support available to help them change their habits,” The Alcohol Information Partnership, which represents the drinks industry, said.