Auctioneers Sotheby’s and Christie’s will wind down their 2019 wine sales with big offerings in New York next month featuring rare wines and spirits. 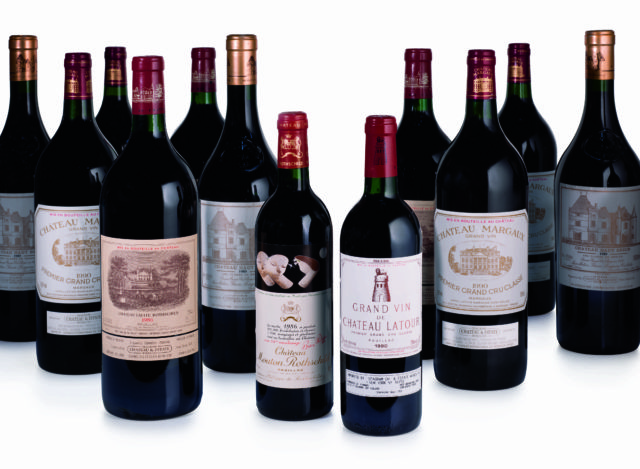 The Sotheby’s sale featuring the cellar of a member of the Bronfman family will take place from 6-7 December and Christie’s sale with direct consignments from Domaine Fourrier in Burgundy and pre-Prohibition whiskey on 13 December.

The Sotheby’s sale opens on Friday 6 with the Bronfman cellar, which is dominated by Left and Right Bank Bordeaux from leading domaines and vintages such as 1982, 1985, 1989 and 1990.

Rare whisky from The Macallan – including the Select Reserve 52 year-old 1946 and Millennium Decanter 50 year-old 1949 – and Suntory’s The Rolling Stones 50th Anniversary bottle round out the sale.

A few days later at Christie’s, meanwhile, the offers start with a cellar chock full of Lafite spanning the vintages 1960-2012, alongside its Rothschild stablemates; Duhart-Milon, l’Evangile and Carruades de Lafite.

There is also an ex-cellar offering from Gevrey-Chambertin standout Domaine Fourrier featuring all manner of wines and vintages, such as six bottles of Griotte-Chambertin 1990.

More Bordeaux classed growths and collectible Californians such as Bond, Araujo, Bryant and Colgin feature in another collection and two “exceptional” collections of rare Madeira spanning 1760-1952 will also be on offer.

The sale concludes with several bottles of old whiskey including a bottle of Overholt Rye 1905 and several more bottles of the 1911, followed by two full cases of Hermitage 1914 from the W.A Gaines distillery.