An ambitious new wine business backed by hundreds of Kiwi investors is looking to create “the Grange of New Zealand” with premium level Pinot Noirs, it has revealed to db. 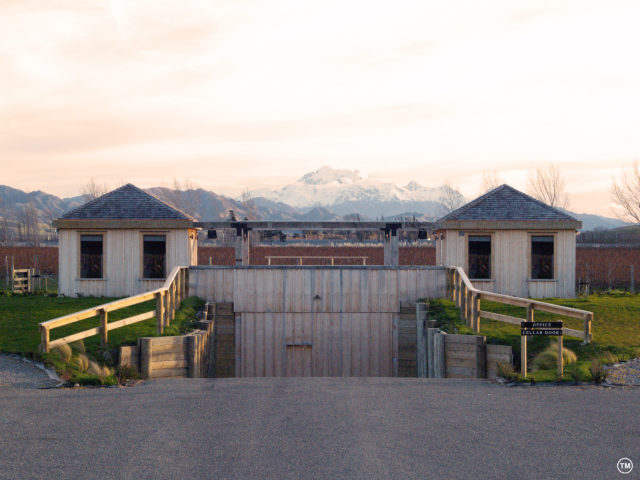 Speaking to the drinks business in an exclusive interview, co-CEO and director of The Booster Wine Group, Louis Vavasour said Pinot Noir was a big focus for the new company, which was launched earlier this year following the acquisition of the group’s fifth wine estates, Mahana Estates in Nelson. The company, which is part of the Tahi investment group, had already bought a minority stake in Vavasour’s Marlborough estates, Awatere River, Waimea Estate in Nelson, Banrock Brae in Central Otago, and Sileni Estate in Hawkes Bay.

“Our main focus is on premiumisation, we want to make better wines and we have some initiatives in play that do that which is quite different to other companies, quite left-field,” Vavasour told db.

“It’s very exciting. We have amazing sites around the country and main variety we produce in all four regions is Pinot Noir, and we have a winery that is set up for production Pinot Noir, so we have a great opportunity.”

Currently, Pinot Noir accounts for around 10% of volume production, compared to around 80% of Sauvignon Blanc, but Vavasour said this would grow over the next five year, although production would always focus on small batches and quality over quantity.

“The business model we have is not about chasing growth, we want to make better wine,” he said. “Obviously there is a moral obligation in what we’re doing, we want to get a good return for the mums and dads of New Zealand and while we understand the importance of getting the basics right, it gives us the ability to earn the right to do the higher end stuff too.”

Vavasour said it had been enlightening to delve into the other regions of New Zealand, particularly the aromatics of Nelson, and the group had a genuine passion to bring those to the world.

“I think Nelson aromatics are hugely underrated and we’re investing and putting more Sauvignon Gris, Albariño, Gewürztraminer in at the moment. We already have Grüner Veltliner in there.”

The group is also investing in Awatere, planning 5.5 hectares of land to go into its premium LV brand to give it a better sense of ‘place’, and Hawkes Bay and was actively looking for other investments and for more suppliers.

“We’re a New Zealand wine company and we want to bring New Zealand wines to the world. We have a unique business model and a fundamentally dynamic portfolio, although we’ve got a lot of bedding down to do over the next 6-12 months.”

The company intend to respect its ‘cornerstone’ wine brands – Awatere River, Waimea, Sileni, Bannock Brae and Gravity, the new name for Mahana, which it acquired in January this year. As Vavasour said, “it’s important to maintain the independence of the brands, and we won’t have central production, they will remain as they are.”

However there would be a bit of rationalisation of the company’s portfolio of over 50 skus, he admitted – the company has already cut back on some of its contract-winemaking and other “low-hanging fruit” that wasn’t working, in its bid to push the focus on more premium wines

“We understand the importance of having commercial wines to open doors, but in the longer term we’re focussed on higher IGPS, which goes hand in hand with better quality wine, making less of a better quality product,” he said.

The Booster Wine Group was founded in March this year following a series of acquisition of wine estates by parent company Tahi, one of the seven approved government ‘Kiwi-Saver’, a compulsory $31 billion fund which around 100,000 New Zealanders pay into for their pension. The idea is to invest the money back into economically, socially and environmentally sustainable New Zealand based-businesses. It is eyeing up international expansion, with the UK, the EU and Asia as key markets for growth.

Further to the publication of the article, Louis Vavasour contacted us to clarify the following:

“We are currently making wines with a sense of place like our LV Marlborough brand which creates Chardonnay, Pinot Noir and Methode Traditionelle, having recently planted on land in the Awatere Valley that have been in the family for over 135 years that was earmarked in the 1980’s as a quality site for growing high quality grapes with its steep slopes with a plant density of 4,500 plants per ha. While we are creating wines with a sense of place we are also looking at new initiates like making a New Zealand Pinot Noir, as we are now a New Zealand wine company with vineyards in Nelson, Hawkes Bay, Marlborough and Central Otago, with 653HA of own vineyards + growers throughout New Zealand and Pinot Noir is the one variety we do in all four regions, combined with a gravity fed winery (ex-Woollaston). I believe we have right material to make a wine that isn’t about place but showcases New Zealand’s Pinot Noir similar in that way to the likes of Grange in Australia. If you are ever in New Zealand, I encourage you to call in and see what we are trying to do to challenge ourselves and dear to do something that hasn’t been done before in New Zealand. I am based in the Awatere Valley Marlborough…