The Israeli government and Psagot Winery, which brought the case to court in 2017, have condemned the ruling of the European Court of Justice which requires separate labelling of food and drink products from Israeli settlements. 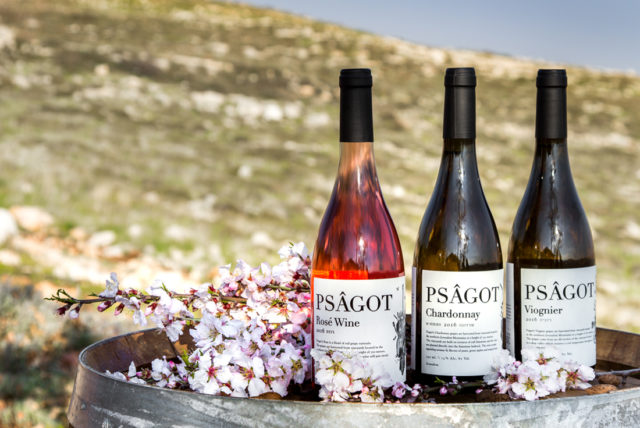 In a ruling delivered yesterday (12 November 2019), the European court stated that “foodstuffs originating in the territories occupied by the State of Israel must bear the indication of their territory of origin, accompanied, where those foodstuffs come from an Israeli settlement within that territory, by the indication of that provenance”.

It follows a lawsuit levied by Psagot Winery in 2017 against the French government, after France became the first country to enforce EU guidelines which stated that that foodstuffs made in the settlements should be labeled as such.

Experts believe the judgement will likely have political ramifications.

As it stands, the European Union considers the West Bank (where the Psagot Winery is based) and Gaza to be part of the state of Palestine. However, the territory has been occupied by Israel since the Six-Day War of 1967. The EU along with most of the rest of the world believe this occupation is illegal under international law. This is disputed by Israel, with many businesses based in the area, including Psagot, proclaiming their Israeli identity.

Psagot initially brought its legal case to the French government, however it was later reverted to the European Court of Justice.

In addition, it noted that, “where the origin or provenance is indicated on a foodstuff, it must not be deceptive”.

The documents added: “Displaying, on foodstuffs, the indication that the State of Israel is their ‘country of origin’, when those foodstuffs actually originate in one of the territories which – while each has its own international status distinct from the State of Israel – are occupied by that State and subject to a limited jurisdiction of the latter, as an occupying power within the meaning of international humanitarian law, would be liable to mislead consumers.

“The indication of the territory of origin of the foodstuffs in question is mandatory, within the meaning of Regulation No 1169/2011, in order to prevent consumers from being misled as to the fact that the State of Israel is present in the territories concerned as an occupying power and not as a sovereign entity.”

“Settlements established in some of the territories occupied by the State of Israel are characterised by the fact that they give concrete expression to a policy of population transfer conducted by that State outside its territory, in violation of the rules of general international humanitarian law. The omission of that indication, with the result that only the territory of origin is indicated, might mislead consumers.”

The ruling has been condemned by both the Israeli government and the CEO of Psagot Winery, Yaakov Berg.

The Israel Ministry of Foreign Affairs said that it “strongly rejects” the ruling, stating that it “serves a tool in the political campaign against Israel”.

“The ruling’s entire objective is to single out and apply a double standard against Israel. This ruling only diminishes the chances of reaching peace and contradicts the positions of the European Union on the conflict,” the statement added.

Minister of Foreign Affairs, Israel Katz, commented: “The European Court of Justice’s ruling is unacceptable, both morally and in principle. I intend to work with European foreign ministers to prevent the implementation of this gravely flawed policy, which contradicts Europe’s position that a resolution to the conflict must be advanced through direct and unconditional negotiations, and not through legal rulings.”

Commenting on the ruling, Berg of Psagot Winery said: “The winery is proud of its contribution to the fight against this decision and intends to continue the struggle. We are pleased to see the support of all the relevant people in Israel and the United States, including the state department, senators and congressmen.

“We regard this as an important mission for Israelis and Jews, the second generation following the Holocaust. As Israeli citizens, living in a community that has been approved by the Israeli government, we only wish to produce and export quality, premium wine that has earned its reputation worldwide.