Alyn Williams, the chef behind Michelin-starred Alyn Williams at The Westbury, is threatening the London hotel with legal action after he was accused of “gross misconduct” and dismissed from his position. 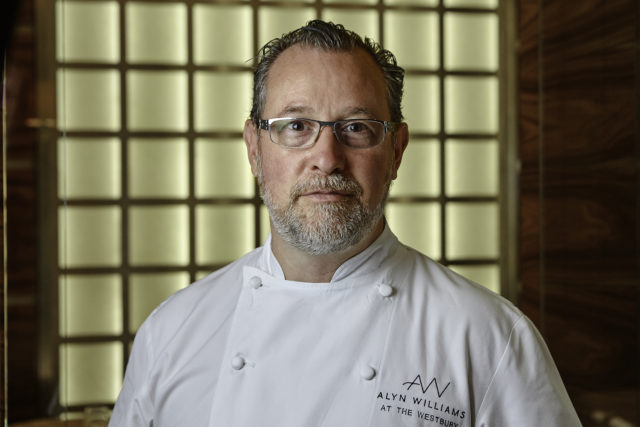 In a statement, Williams said he was sacked after hosting a party for his friends at the restaurant on a Sunday, when it was closed to the public.

He noted that he had supplied all of the food and drink used at the event, and no damage or loss was suffered by the restaurant.

He was dismissed for gross misconduct without notice or compensation after his appeal against the decision was rejected. He claims to have used the restaurant for similar such events before with approval from the management.

He added: “I am understandably very upset and disappointed with the dismissal under these circumstances, particularly since I have been employed by the hotel for the past eight years. I have had an exemplary employment record and was responsible, through the restaurant, for bringing prestige to the hotel, achieving a Michelin star, which we maintained for eight successive years, and four AA rosettes for five successive years.”

Williams has asked the hotel to remove all references to his name, both at the restaurant and on the hotel’s website. He does not feel that the business is currently complying fully with his wishes and is thus taking legal advice regarding the removal of his name from the business.

Williams opened his restaurant in the Mayfair hotel in 2011, gaining a Michelin star 10 months later. From a first job as a trainee hairdresser, Williams has worked stints at The Greenhouse, Zafferano, Chez Bruce, Pétrus and Claridge’s, working under the likes of Michel Perraud, Gordon Ramsay and Marcus Wareing. He was was head chef for Wareing at Pétrus when it won its second Michelin star in 2007.

Having opened gastro pub The Wild Rabbit in Kingham in Oxfordshire in 2018, Williams stepped down from his position as chef patron in May this year to focus on his restaurant in Mayfair.

Following his dismissal from The Westbury, he now hopes to open his own restaurant.

The Westbury Mayfair, now operated by Marriott, was opened in 1955 and was the first luxury American-built hotel to grace the capital.

In a statement, Andrew Henning, general manager of The Westbury Mayfair, said: We are very grateful to Alyn for the hard work he has put in whilst at The Westbury. His talent in the kitchen is evident and he’s been a real asset to the team. We wish him all the best in his future endeavours and look forward to seeing what he does next.”

the drinks business has contacted The Westbury Mayfair for further comment.