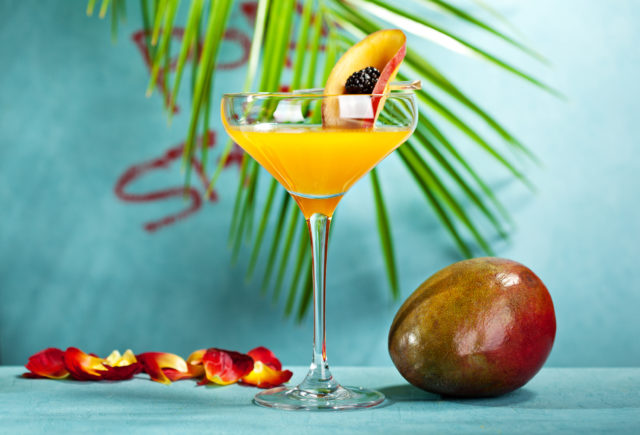 Cocktail mixer maker, Funkin Cocktails, has released the latest CGA data which ranks the top ten cocktails trending in restaurants, bars, and pubs across the UK, as it is revealed that UK drinkers have already spent over £600 million on cocktails this year, a 10% rise from 2018.

The traditional Cuban highball, Mojito maintained its position as the nation’s second favourite at 11.7%, a small 1.0pp decrease from the year before.

In third place, was the Long Island Iced Tea, which decreased by 2.1pp to 11.3%, but remained a firm favourite for those many Brits who enjoy a boozier mix.

In fruity fourth came the cheekily titled Sex on the Beach at 8.4%, while Daiquiri is the nation’s fifth favourite increasing by 1.7pp to 5.9%.

Jumping energetically to sixth place, presumably thanks to its caffeinated content, is the Espresso Martini, which increased this year to 4.9% from 3.8% the year before.

The Woo Woo wooed UK drinkers just enough to snag a shnappy seventh place, decreasing slightly from 6.6% in 2018 to 4.8%.

It seems British boozers may be the love that Rupert Holmes has looked for, as the Pina Colada has benefitted from a massive resurgence, growing by 35% and becoming the UK’s eighth favourite.

The deceptively alcoholic Zombie cocktail is ranked in ninth, increasing by 1.6pp to 3.3% this year.

And finally, the digestif, as it were, of the top ten trending cocktails for 2019 is the Spritz, taking tenth position; a 1.2pp increase to 2.9%.

Anderson puts this rise down to creative innovations on classic cocktails.

“Classic cocktails are the key to driving customer footfall and maximising sales,” he said.

Alternatives to the classics also appear to be contributing to the rise as it is revealed that 38% of consumers are drinking more non-alcoholic offerings, such as low- and no-alcohol cocktails, than they were the year before.

This rising popularity is also a product of companies, like Funkin Cocktails, seeking to offer assistance to the wider UK cocktail market.

Anderson added: “At Funkin Cocktails we offer insights, training, drinks development, menu development, point of sale material and most importantly we work on the ground with bartenders to offer them tailor-made solutions to help them develop and create outstanding cocktails and maximise the profit opportunities cocktails offer.”