Wine packaging specialist Sparflex has teamed up with the SnapPress app to develop a sparkling wine foil capable of being brought to life through augmented reality. 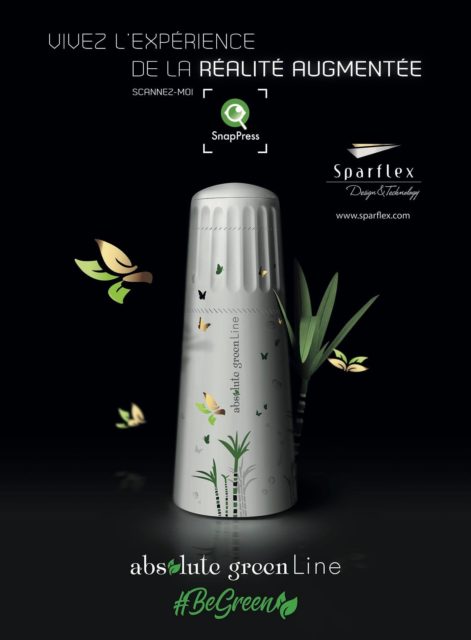 The project, which was first unveiled last month, allows users to download the SnapPress app and scan the foil on a sparkling wine bottle, with animations appearing on the screen.

Speaking to the drinks business this morning, group communication manager, Julie Renault, said that there has already been “a lot of interest”.

She explained that those interested in using the technology could adapt and design their own animations. In addition, links can be added to the text that appears, allowing users to be taken to the company’s website or a chosen online sales portal. Therefore, in effect, the technology can be used as a buying and ordering platform.

Sparflex’s demo version has been developed to highlight its ‘absolute green line’ range, a line of packaging that reduces CO2 emissions by up to 80%.

Made of natural fibre-based paper, the foil combines bio-based polyethylene (PE) and acrylic inks, made with renewable materials instead of oil and solvents.

Sparflex products are distributed in the UK via Rankin Brothers. Business development manager, Glyn Scriven, told the drinks business that he believes that the company now deals with 75% of English sparkling wine producers, including the likes of Gusbourne, Nyetimber, Rathfinny, Ridgeview, Three Choirs, Wiston and Simpsons.

He said that he is acquiring two new English wine producers a month, with producers ordering more supplies as they become larger and increase production.