UK retailers M&S and Spar have both announced all their own-brand wines will become vegan within the next three years, as the trend for veganism in the UK gathers pace. 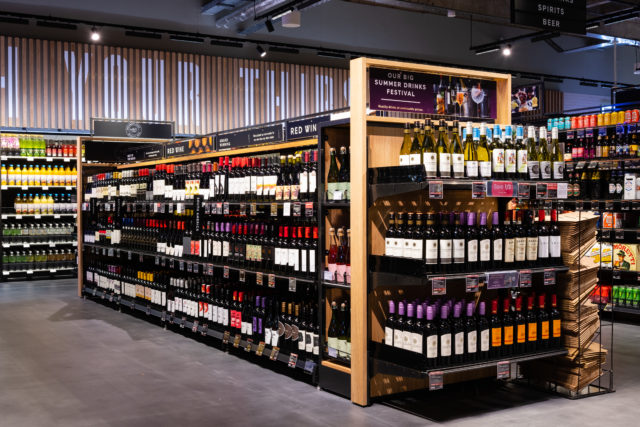 Currently, around 70% of both retailers’ own label wine ranges are vegan-friendly, but both said they were working with suppliers to boost this to 100%. M&S is aiming to complete this by 2022, but the Spar is looking at an earlier deadline of 2021.

Convenience retailer Spar has launched a specific vegan wine range, which is the first to be marketed as such, saying it will make it easier to pick up a bottle of vegan-friendly wine locally. The new Vine & Bloom, which is available national, comprises three skus, a Pinot Grigio, Merlot and a Rose that retails for £6.50.

In a statement to Vegan Food & Living, Spar’s resident MW Philippa Carr, said the retailer was seeing more and more producers taking note of the changing consumer trends and retailer was currently working closely with suppliers to convert all its own-label wines to be vegan-friendly from 2021 onwards.

This primarily involves winemakers switching from animal-based fining products that filter wines and improve the clarity such as egg whites, milk protein, casein and animal gelatine and isinglass, which is extracted from the swim bladders of fish, to vegan-friendly alternatives, such as pea protein, potatoes and carbon and clay-based agents.

Matthew Fowkes, SPAR UK wine trading manager told db that Spar’s objective was to convert all own label to vegan-friendly on the back of internal and consumer feedback and trends in the market.

“Whilst over 70% of our range is already suitable for vegans, this is the first of our own label wine to be marketed as such,” he said. “Our decision was shared with our supplier partners earlier this year and the feedback from them has been fantastic. They clearly see this as a logical decision and are overwhelmingly supportive.” 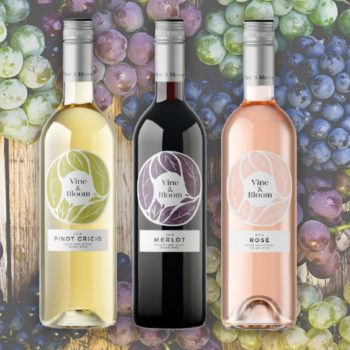 “Obviously, such a large-scale commitment isn’t without its challenges – however we have been working on alternatives with winemakers for several years and have already seen radical changes in more traditional areas such as France and Spain,” she said.

“We will be supporting the rest of our partner wineries every step of the way towards this goal.”

Meanwhile Majestic, which confirmed it has 167 vegan wines in the core range and an addition 40 in its WIGIG and parcel ranges, out of more than 1000 wines (approx 20% of its range), up from 32 in January 2018, told db that upping vegan, vegetarian and organic wines as a key focus for Majestic as its approached its range review.

“It’s an area which is only going to get bigger and bigger,” buying & merchandising director Rob Cooke told db, although he admitted there was more work to do.

“We think this is a really exciting area and challenge for the wine industry,” he said. “The way we all eat, and drink, is changing – people are more aware. So whilst we also know we have far more vegan wines in Majestic than currently listed on our website, the difficulties are often in keeping these up to date, from vintage to vintage. We will be working more seamlessly with our suppliers to impress upon them the importance of the vegan market. Watch this space – because it’s high up our priority list to dramatically increase our vegan, vegetarian and organic footprint. “

Speaking to the drinks business in March this year, Aldi’s wine buyer at the time, Mike James, said the growing interest in wines that are ‘good-for-you, good-for-the-environment’ such as vegan and organic was creating an exciting opportunity for wine retailers to open up the category.

“Whether its organic or vegan wines, suddenly everything is up for grabs,” he told db at the time. “It is really exciting for a supermarket to be able to realise.”

Among the major retailers, Tesco.com lists 189 vegan wines on its website out of its 643-strong range (29%), Sainsbury’s 236 out of 682 wines online (34%), Morrisons lists 63 of its 619 online wines as vegan, amounting to just over 10%. However it is Waitrose Cellar that leads the way, listing 542 wines as vegan on its website, approximately 51% of its total online wine range, and around 65% of its own label wine range is vegan.

A Waitrose spokesman added that the definition ‘suitable for vegans’ was showing signs of evolving, and was also vintage specific. “At present we define it based on fining agents used in wine production, but we are engaging with various bodies to understand if that definition may change.”

Meanwhile the Coop, which last year unveiled ambitious plans to increase its vegan wine range to around 100 labels by the end of 2018, saying it was anticipating vegan wines “picking up momentum” across mainstream retail, told db it was committed to make as much as its own-label range suitable for vegans where we can “as soon as possible”.

Currently, 35% of its own-brand range is suitable for vegans, with 24% of the whole wine range vegan-friendly, but Gyles Walker, senior Wine Buyer for Co-op told db that it was continuing to work closely with winemakers globally to pioneer the use of vegan-friendly fining agents and trials are currently underway. W

“We’re committed to make as much as our own-label range suitable for vegans where we can as soon as possible,” he said.