US beer giant Molson Coors is restructuring and rebranding after reporting a third-quarter loss of US$402 million, putting 500 jobs at risk. 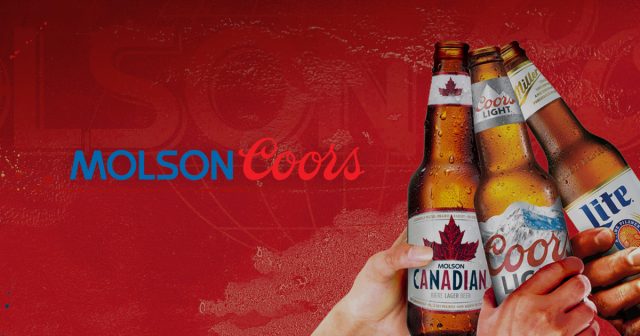 President and chief executive officer, Gavin Hattersley, said the brewer needs to make “significant and difficult changes” to get back in growth.

Net sales revenue fell 3.2% in Q3. Molson Coors’ stock price was down 3.09% at the close of trading Wednesday, finishing at $53 per share.

Molson Coors’ sales are suffering as younger drinkers are moving away from mass-produced beer, instead buying trendy beverages like White Claw and other “spiked seltzers”, craft beer, and non-alcoholic beer alternatives.

Hattersley said the restructure is designed to “streamline the company, move faster, and free up resources to invest in our brands and our capabilities.

“Through it, we will create a brighter future for Molson Coors.”

The brewer will change its name to Molson Coors Beverage Company to “better reflect its strategic intent to expand beyond beer and into other growth adjacencies.”

The company has disclosed plans to axe between 400 and 500 jobs as part of a wider restructuring of the business. It will also close its Denver office, and move its headquarters to Chicago. The company has roughly 17,750 employees worldwide, 7,300 of whom are in the US.

Molson Coors hopes to save $150 million with the headquarters move, but has not disclosed where its 500 layoffs will occur.

It is the third time Molson Coors has posted disappointing sales figures this year.

Molson Coors’ profits had already suffered in the first three months of 2019. Net sales for the US business’s first quarter were $2.3 billion, down by 1.2% year on year, which the company said was driven by volume declines and “unfavourable foreign currency movements.”

Hattersley has only been in the CEO role for three months. Former chief executive Mark Hunter resigned in August, coinciding with the brewer’s Q2 results release.

Molson Coors has attempted to branch out from its core beer range in recent months, snapping up London brewer Hop Stuff after it went into administration in July.

It also launched a new brand devoted to hop-flavoured sparkling water in the UK in August.

This will include reducing the time it takes to bring innovations to market from 18 months to “as little as four months in the U.S., and expanding a “test and learn” approach that evaluates market potential for products and then quickly scales up.”