Entering its 12th edition, the Hong Kong International Wine & Spirits Fair, organised by the Hong Kong Trade Development Council (HKTDC), will be held at the Hong Kong Convention and Exhibition Centre from 7 to 9 November. 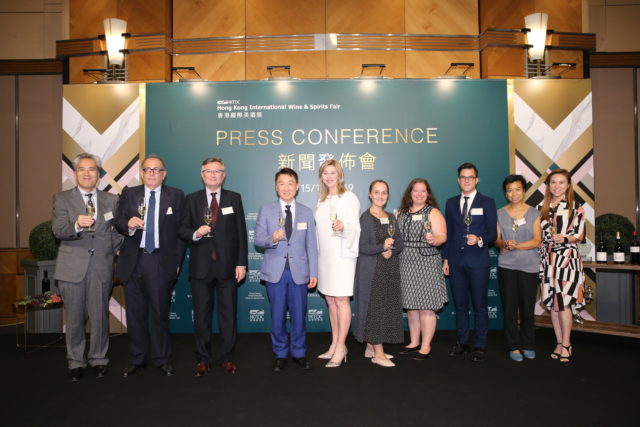 Considered as one of the most important wine fairs in Hong Kong, this year the show will feature more than 1,000 exhibitors from over 20 countries and regions, including a Ukrainian exhibitor making its debut appearance at the fair.

The 2019 Wine & Spirits Fair will feature some 20 international group pavilions from wine-producing regions, trade organisations and governmental bodies looking to promote their products. This year, Japan’s Tottori Prefecture will host its debut pavilion at the fair, while the pavilions from the Czech Republic, Germany, Spain and the Japan External Trade Organization (JETRO) will all expand in scale. Additionally, a Craft Beer Pavilion will be launched as part of the broader Beer Zone, with an assortment of quality craft beers.

In addition to wine, the Wine & Spirits Fair also features the Whisky and Spirits zone, the Beer zone, the World of Olive Oil zone and various zones that promote the industry’s all-round development, including Wine Education, Wine Accessories, Equipment and Services and Wine Investment.

Sixty tastings and seminars will be organised during the fair. Debra Meiburg MW will host a session on wine marketing for the younger generation. The Asia Wine Academy with The Hong Kong Polytechnic University School of Hotel and Tourism Management will be back again and feature talks given by Lu Yang MS and Jeannie Cho Lee MW.

The 11th Cathay Pacific Hong Kong International Wine and Spirit Competition Award Presentation Ceremony will be held during the Cocktail Reception on the first night. After the cocktail reception, a Gala Wine Dinner with the theme ‘Modern Vault’, will be held.

The last day of the event (9 November) will be open to public visitors with tickets, offering an exceptional opportunity for Hong Kong’s wine lovers to enrich their knowledge and sample a broad selection of wines from around the world.

Speaking at the press conference, Benjamin Chau, acting executive director of the HKTDC, held optimistic views towards the wine market in Hong Kong, “Hong Kong’s wine industry underwent a rapid boom. The total value of wine imports surged from HK$1.6 billion in 2007 to HK$12 billion in 2018, an increase of more than 700%. Today, Hong Kong has evolved into the region’s principal wine trading and distribution hub, and the city continues to be a gateway for wines to enter the mainland market.”

According to Statista, the demand for wines in the Asian and Mainland Chinese markets continues to grow. The market research agency forecasts that between 2019 and 2023, wine sales in Asia will grow at 4% per annum. A report from Euromonitor International, meanwhile, revealed that consumers in Hong Kong are seeking new tastes and high-quality alcoholic beverages.

Regarding the current social unrest in the territory, Chau claims that the current edition does not seem to have much affected. “We had 1,075 exhibitors last year; to date (15 Oct) we had already confirmed 1,000 exhibitors already and more are coming. As for buying missions, we have already formed groups that hit last year’s record with 65 groups comprising around 2,300 companies. In fact, some established leading retail and import companies, for instance Jingdong, Wajiu and Sims Trading Company, are joining us this year and this reinforced the confidence of international buyers.”

The HKTDC will also carry out a number of measures to safeguard security and support foreign exhibitors and buyers during their stay. To avoid the unpredictable traffic hassle, for example, they will extend the opening time of the exhibition hall on the set-up day, provide a hotel shuttle bus service for exhibitors and buyers, and let exhibitors and buyers to contact HKTDC staff via their mobile phones in case of a sudden emergency.