The UK arm of German dairy giant Müller is to add two gin-flavoured yoghurts to its Müllerlight range, one inspired by the classic G&T and the other flavoured with pink gin and elderflower. 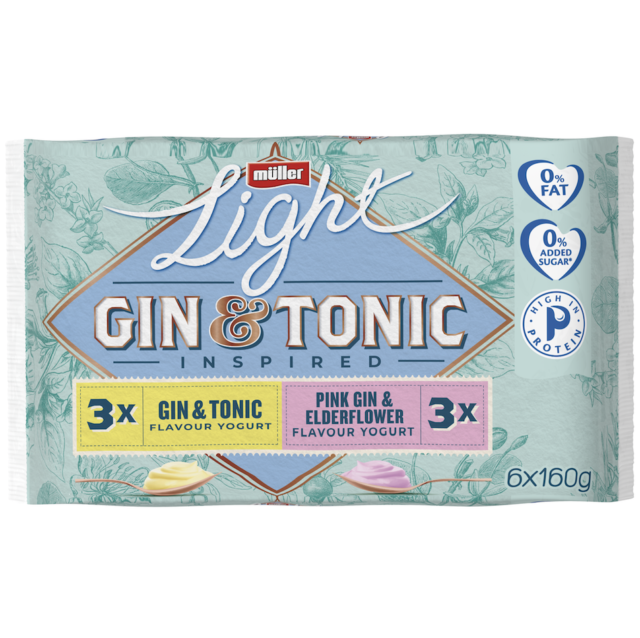 The official yoghurt brand of British Athletics has stated that the launch of the new flavoured yoghurts will be supported by an ongoing multimedia campaign, featuring brand ambassador and British heptathlete Katarina Johnson-Thompson.

Made with British milk, the yoghurts are fat-free and contain no added sugar. They are now available in Tesco and Asda stores and will be sold in six-packs, which include both flavour variants.

The packs will retail for £3 each and are served in 160g pots.

“Gin is the UK’s favourite spirit, and now people can enjoy the taste in a yoghurt that is also fat free, high in protein and contains 0% added sugar.”

According to data published by the WSTA in August, the gin boom in the UK shows no signs of slowing, with domestic sales and exports hitting a record £3 billion in the past year.