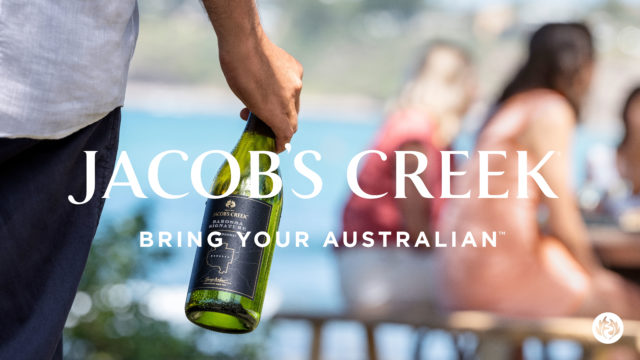 With around 1.7 million glasses of Jacob’s Creek wine enjoyed daily across the world, chief winemaker Dan Swincer has his work cut out overseeing the style and quality of every bottle of the global wine brand. But as he says, “It’s always humbling to think that what you work on each day is enjoyed by so many people around the globe.”

Swincer was speaking to db following the launch of the new ‘master platform’ for the brand that was rolled out last month at an event in Sydney, that prompts consumers to ‘Bring Your Australian’. It is, he notes, a move that champions a more contemporary globally relevant Australian spirit, and one that marks a new era for the brand, by seeking to bring all of the brand’s wines under one house of brands, with a striking update to its visual identity update.

Born out of research that found Australians were envied for their “life-loving spirit”, it asks consumers to “embrace Australian contemporary behaviours and beliefs, no matter where they are in the world, and to join in this way of life with Jacob’s Creek,” he says, while showing that Jacob’s Creek is a brand “that is built upon the values demonstrated in our heritage, traditions, products and culture”.

And Swincer is not the only one to talk about the new contemporary Australia. As the judges at our recent the drinks business’s Cabernet Sauvignon Global Masters noted, the quality of modern Australian Cabernet Sauvignon has steadily improved in recent years, displaying better balance between ripeness and alcohol levels and less aggressive tannins.

Swincer agrees, saying the aim of Jacob’s Creek was to create wines of varietal typicity that express the region where they are grown.

“With Cabernet, this means we want to capture density of fruit the variety is know for, but also a touch of bay leaf (without being herbaceous), that brings it to life,” he told db. 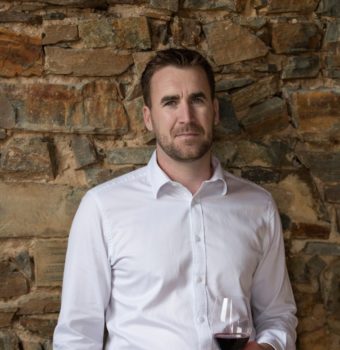 One of the biggest evolutions in recent years lay in the propensity of people to drink wines very young, which he said had influenced the mindset of winemakers.

“Cabernet Sauvignon is know for its structure, drive and ability to age, however this doesn’t align well with an early drinking wine,” he explained. “To capture the best of both worlds we have focused on getting the brightness of fruit in the vineyard, physiological ripeness into the skin and seeds and then careful extraction of tannins during fermentation and pressing.”

In order to achieve the perfect time to press off skins and ensure the right balance of wine, the ferments are tasted twice a day at all quality levels to determine ferment management – temperature, pump overs and aeration, he says.

“At the end of the day we want the variety to express its true nature and this does mean a wine of density and presence.”

Although Swincer said there are always challenges in achieving the right quality to price ration – something that particularly impressed the judges at the Global Masters (especially given Brexit and its currency fluctuations), the process started with an understanding of what the team want to achieve with its portfolio and having a clear objective for each wine.

“Our winemakers that look after our most expensive wines also look after our Jacob’s Creek Classic range, this means the skills, experience and attention to detail flow through at every price point,” he said.

“Winemaking is still an agricultural business and we are dependent on the weather and conditions of each vintage which has much more of an impact on what we produce than many business factors such currency exchange rates.”

And it has been a relatively challenging harvest. Although early predictions that the 2019 Australian wine harvest would be 10-20% lower than last year proved to be unfounded, there were “significant” losses recorded in Barossa, Adelaide Hills and the Clare Valley, Wine Australia reported in July, and yields of Chardonnay fell to their lowest levels in five years.

As a result of this, Jacob’s Creek is looking at broadening its sourcing for its Adelaide Hills Chardonnay.

“Yields for our Jacob’s Creek Reserve Adelaide Hills Chardonnay have been smaller than previous years and we have made the decision to source from a wider base of regions in order to meet the global demand for this popular wine and ensure that the quality and style expected by our consumers is maintained,” Swincer explained.

“By broadening opening grape sources for Jacob’s Creek Reserve, our winemakers can readily source the same and in some cases higher quality level grapes with sufficiently high flavour intensity to suit this popular wine globally.”

However, he remains sanguine about harvest fluctuations pointing out that there were some “amazing” areas that had cooler vintages with plenty of rainfall producing solid crops with great freshness combined with density, while the dry conditions in mid-2018 followed by extreme heat in South Australia that resulted in lower than average yields in some varieties had given richer styles of wines across both reds and whites.

“We know that yields can be variable from year to year, but we know how quickly things can turn from shortage to surplus,” he explains.”But given the scale of the Australian wine industry it is hard to generalise.”