Aldi is targeting affluent wine consumers with the launch of a 35-strong premium own label range that will only be available exclusively online, as well as adding new sub-£4 varietal wines in store. 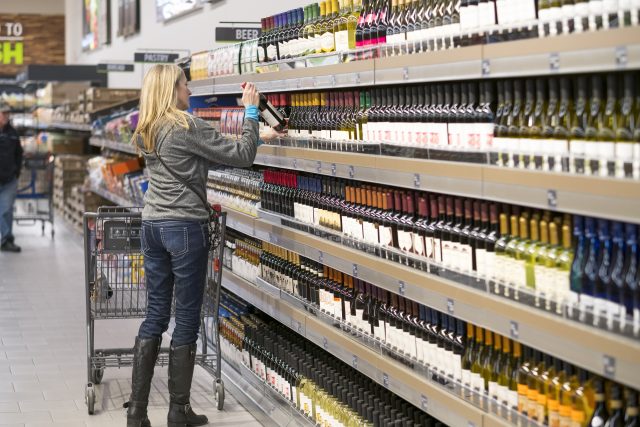 Aldi’d new ‘icon’ wine range, which is rolling out next month priced from around £7- £20, increase the number of core wines sold by the retailer online by around a third and marks a departure for the online side of the business, which has previously only included wines also sold in store.

“We know there are a lot of customers who want to be able to spend more on with than they can in an Aldi store and we want to capture those customers and offer them premium, high end wines that they will love,” Aldi’s new buying director Josh Heley told db. “We are a volume-led retailer and those types of wines don’t do enough volume to justify space in bricks and mortar, but they will definitely have a place for them online. Something like a premium South African Pinotage is a great example.”

“It marks a big jump from the wines we sell in store,” he said, adding that the wines had been picked to ‘typify’ that particular place and variety.

“The idea is that if you had a WSET student who wanted a Californian Chardonnay, you could put our Icon wine in front of them,” he explained.

The discounter has restructured the wine buying team, and Heley told db about his plans to refresh the discounter’s core product range. Currently, this comprises 70 products, which account for 80% of sales, while an additional 250 seasonal lines contribute around 20% of sales.

“We need to now redress that balance, we want the core range to be almost able to stand on its own two feet without having to rely on the impact of the seasonals,” Heley told db.

“Over the last couple of years Mike and David have done a great job in building that seasonal programme, introducing really exciting wines that we wouldn’t be able to to do in our core range. Looking at the next year or two, my job is to put the focus back onto building that core range.”

He said that while he would not be able to add lines per se – “One of the pillars of Aldi is that very category has a very fixed line count that you can’t exceed from a core range perspective” – he aims to put more focus on it.

There were also certain countries that underperformed within the category, such as Chile and US, which would be a key area of focus, he said, as well as looking at varietal wines.

Since coming into the role, Heley said he had looked at the line on competitors shelves to identify if there were varietal of country of origin gaps in Aldi’s core range.

“We need to understand why we don’t have an offering there and if we can’t think of a good reason we need to be trialling that,” he said. “It might be that we did have one but it didn’t hit the hurdles so there’s no point wheeling it back out again, but if we don’t have a good answer, then we need to trial that again.”

He pointed out that some of the Big 4 had introduced some really low priced varietal wines “Sainsbury’s has Sainsbury’s House, Asda wine list, they’ve got a Shiraz, Cab Sauvignon, Pinot Noir varietal all for £4 – and we didn’t have that,” he said. “One of our pillars is that we need to have the lowest priced wine that offers the best quality on the market, so today we have a new Grapevine Cabernet Sauvignon for £3.79 and a Shiraz for £3.69, to go up against the likes of Asda with their wine list products.”

Heley said it was possible to offer these prices due to the economies of scale of having such a tight number of lines.

“With such limited wine cap, we drive a huge amount of volume through every sku – for example we have one DOC Prosecco [in the core range] so all bottles we do go through that one sku, which allows us to buy far more competitively than competitors who have 20 Proseccos,” he explained.

“We’re very excited, Mike said this was one of the best line up’s we’ve had, which is great timing for Christmas.”