The inaugural Global Cider Masters sees Somerset, South Africa and Spain shine among the samples from right around the cider-producing world. 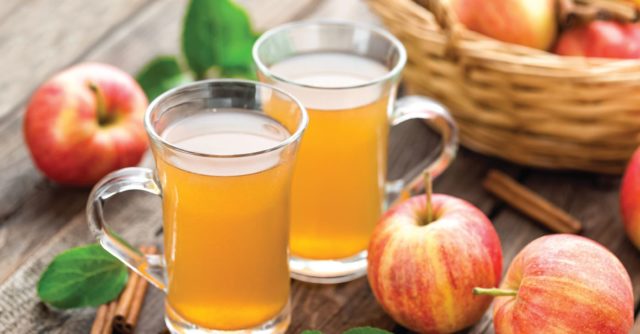 Having sampled over 50 ciders in London on Tuesday this week, the judges in db’s first ever tasting competition just for cider were surprised to discover that some of their highest scores had gone to a broad sweep of cider-producing places.

Among the top scorers were a Granny Smith Cider from South Africa and a Traditional Cider from Somerset, along with an Ice Cider from Spain, showing not only the stylistic diversity available in the cider category, but also the wide range of places producing drinks of note.

Speaking about the results, chair of the judges, leading cider authority and personality, Gabe Cook, said that the tasting highlighted the fact that is great variation in cider character, and that some element of categorisation was therefore needed to help consumers.

“There are massive and significant differences in cider style, and yet, if you go to a bar or pub, it is just listed as ‘cider’; there is no stylistic categorisation,” he said, adding, “For example, you could have a bold, rich, tannic Herefordshire cider, or a lean, acid-driven and fruity one from Kent – it would be like comparing Sauvignon Blanc with Malbec.”

As a result, he urged the drinks trade to train its staff on the complexities of cider, and requested that drinks menus and blackboards highlight the basic style of cider on offer by featuring them under a brief range of headings.

While he was complementary about many of the ciders from a range of categories in the Global Cider Masters, be they ‘traditional’ or ‘modern’ in style, he was critical of certain entries in the flavoured category because they failed to show any cider character.

“With some of the flavoured ciders there was no fermented apple character in there; the overriding character was artificiality and sweetness, making them effectively an RTD, and that, I believe, brings the industry into disrepute,” he said.

In contrast, Cook, and the other judges – listed below – enthused in particular about the character and quality of Sheppy’s Somerset Traditional Cider, and its Oak Matured Vintage version, along with Sxollie Granny Smith Cider, and, at the end of the tasting, an ice cider from Pomaradas y Llagares de Sariego in Asturias, Spain.

More than 50 ciders were tasted ‘blind’ over the course of one day on Tuesday 13 at the Brewhouse & Kitchen on Geffrye Street in Hoxton, London.

A full report on the tasting, and a rundown of the medal winners, will appear online shortly, and in an upcoming edition of the drinks business.