The ‘sober curious’ movement is gathering speed in America, with two thirds of millennials seeking to lower their alcohol consumption, according to new Nieslen data. 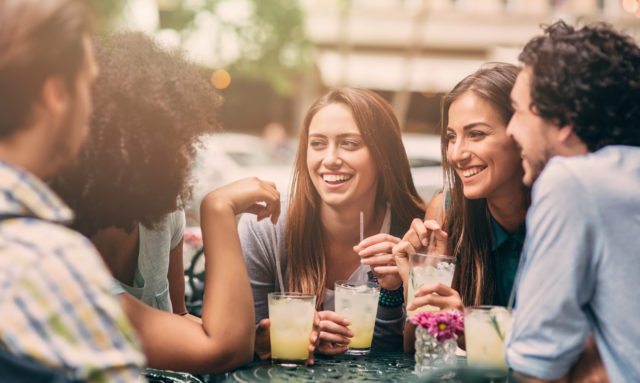 Nielsen reports that 47% of US consumers over the age of 21 are making a concerted effort to reduce their alcohol intake – a figure that leaps to 66% when looking specifically at millennials, who are driving this change in drinking habits.

This rise in mindful drinking is forcing restaurants and bars to get creative with their non-alcoholic drinks offerings to meet a rising demand for sophisticated soft drinks.

Kombucha, kefir, botanical tinctures, drinking vinegars and cold brew coffee are all growing in popularity, and offer bartenders a chance to get experimental with their virgin serves.

Nielsen reports that alcohol consumption in the US has been “relatively flat over the past year”, while sales of no and low-alcohol beers, wines and spirits are on the rise.

In the on-trade, no and low-alcohol beer is the fifth-fastest growing beer type in the US, and has a total value of US$77 million, according to Nielsen.

In US retail meanwhile, non-alcoholic drinks are worth US$7 billion more than they were four years ago, with sales growing by $1.1 billion in the last year alone.

Nielsen found that 54% of consumers abstained from alcohol at some point last year, with half of those surveyed citing health as the primary motivator.

The health and wellness trend is so powerful now that it is starting to influence consumer drinking trends on nights out.

Dry January is also becoming more popular in America, with 20% of those surveyed by Nielsen taking part in the initiative, which began in the UK in 2013.

Sober September is the latest alcohol detox to make a splash, encouraging consumers to give up booze for 30 days after the hedonistic summer months. Click here for our round-up of some of the best soft serves on the market in the UK.