Wine apps and smart speaker technology will drive the future of online wine sales, according to international drinks market analysts the IWSR, speaking to db in an exclusive interview.

Speaking to db recently Humphrey Serjeantson, IWSR’s Western Europe research director said there was “no question” that ecommerce as a channel was growing and would continue to grow, as the organisation looks to publish its second annual Ecommerce report.

Looking forward, Serjeantson argued that as the use of smartphones for transactions increases, and shopper ditched their  laptops and PCs, apps such as Vivino would become “a key way of buying wine online in future”.

“The ability to walk into a shop or a restaurant, take a photo of a bottle, add it to your personal favourites, and the next time you’re thinking of buying wine you can look at it and say, ‘let’s buy some of that’, and then links to several different retailers giving prices and availability for that wine – that kind of personal memory bank in your favourite wines stored in an app is pretty powerful,” he said.

The growth of voice tech and smart speakers such as Amazon’s Alexa, was another area that may change the way people buy wine online, he said, as it looks set to become one of the key ways people communicate with their phones and computers.

“It’s hard to quantify how this kind of technology might affect ecommerce, but it is something to bear in mind with ecommerce,” he said.

“Imagine you have dinner party and someone buys a bottle you like, and instead of whipping out your phone to snap it, you say ‘Alexa, add this wine to my favourite wine list’. That’s another way ecommerce will make it easier for people to get what they want.  So that’s something to bear in mind.”

Ahead of the curve

“A key trends of what’s happening in the major multiple retailers is the cutting down on range availability on the shelf recently, so that means that consumers who are looking for a broader range of wines in the shops can’t find them in major high street shops – they can in specialist wine shops, but they can’t in Tesco or Sainsbury’s in the way they used to,” he explains.

There is also growing familiarity and trust in online wine buying, which he argues have largely replaced the mail order model of wine clubs twenty years ago. 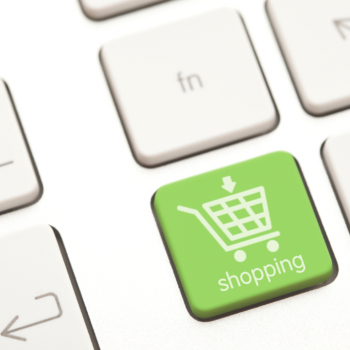 And wine lends itself well to databases, he argues, which form the backbone of most wine ecommerce sites.

“You can take five, ten or 15 salient characteristic of the wine – whether that’s colour, country of origin or grape type, as well as practical factors such as price and bottle size – and put them in the database and have them searchable by the consumer as well flag up wines that are winning-awards. Then you can use that memory and functionality to say ‘If you like this, you’ll like this as it has similar characteristics’ and that works well online.”

The ability to capture data from consumer ratings is a key area that helps online retailers compared to their bricks and mortar competitors.

“Those ratings continue to improve the experience of the site or app for future users,” he notes. “The content just grows and grows, the connections they can make between brands or types of wines people have liked grows and grows and the more data they get, the better the quality of the recommendation they can give,” he explains.

It helps that many people are used to being part of a wine club and getting recommendations each month about what kind of wine they want to try next, he says.

“Those are elements that are helping drive online wine sales.”

So what are the major trends being seen online, by some of the major players? According to Serjeantson, ensuring they can compete on price is of primary importance to online wine retailers.

“Major online retailers are making efforts to replicate some of the deals you can get in-store – particularly the buy 6, get 25% off deal – with certain wines. And they don’t have the overheads the high street retailers have, so it’s a reason they can compete on price.”

Although not directly selling, brands are increasingly using social media to create their own community, he said.

“Large wine brands, such as Blossom Hill or Echo Falls are doing a lots of work to capitalising on younger generation on social media, using Instagram and Facebook to build up a community who like the brand and drink the wine and share this community. The brand owner can tell people about new innovations, promotions or news about those wines, so they have an immediate consumer base they can get in touch with very quickly and easily.”

The study, which covers all online retail, from grocery retail to specific online merchants across BWS.

According to the IWSR, the UK has fared better than many markets due to the relatively light regulation for online booze sales, which can be a major barrier in other markets.

“If you compare UK to the US, where you have the 3-tier system, and different rules in different states, the UK has a less challenging environment. Obviously you still need ID on delivery, but regulation is relatively light in the UK in the global context and that has boosted online alcohol sale here.”

And although the sales growth was not the double digits seen in some countries, Serjeantson said that as ecommerce became more established in the minds of consumers, it was likely to continue to grow.

“The global trend towards ecommerce and away from bricks and mortar will continue. In a case of wine where you can build a database of brands or types of wine you like, the direction of travel will be more likely to be there.”