After 30 years making beer, Colorado’s Odell Brewing is venturing into wine production with the construction of a cellar and tasting room due to take place later this year. 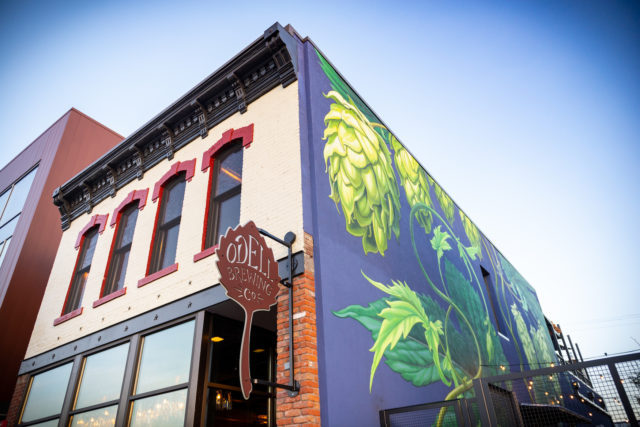 According to a statement from the brewer, the so-called Odell Wine Project is “born out of the brewery’s shared passion for the art of winemaking”.

The first wines will launch by the summer of 2020 and will be on pour at a new wine cellar and tasting room, due to be built adjacent to the current brewery in Fort Collins.

Commenting on the move, technical director of Odell, Eli Kolodny, said: “We’ve always been curious and that curiosity has kept us growing and innovating over the last 30 years. Now we’re ready to get outside our comfort zone again because that’s where the magic happens.

“Beer will always be at the heart of what we do, but our mindset of pragmatic innovation pushes us to explore new opportunities in fermentation.”

The brewer plans to make wines on tap and in cans to be distributed throughout the state of Colorado. The 23rd largest craft brewery in the US by volume and the third biggest in Colorado, Odell said the wine project has been in development for the last few years.

It will start construction of the new cellar and tasting room in late 2019.

CEO, Wynne Odell, added: “It’s reminiscent of our very early days when we were introducing people to the world of craft beer.

“Now we’re on a journey to learn more about wine and we’re excited to invite our fans to join us. That’s the spirit of The Odell Wine Project, it’s about the never-ending game of exploring, experimenting, and refining.”

Speaking to Porch Drinking, director of marketing, Alex Kayne, said no decisions had yet been made on what wines the company would be making.

“Some of the best hops and the best grapes grow in the same regions of the country, often right alongside each other in the fields. That inspired us and we started to ask ourselves what kinds of wines we could make if we weren’t tied to a single varietal or plot of land. It’s wide open, metaphorically and geographically,” Kayne said.

Last month Odell announced that it would be opening a third site in Denver which will house a 10-barrel pilot brewery and a pizzeria.