Chilean winery makes concrete eggs from rocks in its vineyard

Cachapoal Valley-based Valle Secreto winery has taken terroir to a new level by making its own concrete eggs using rocks from its vineyards, which it will use to age a new range of wines called Origen. 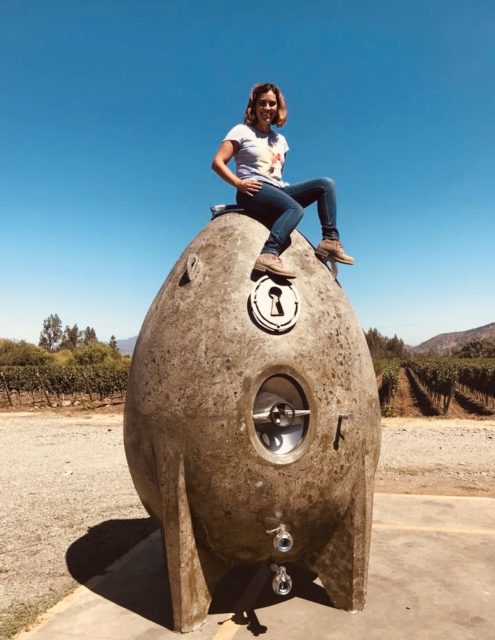 Speaking to the drinks business in Santiago last month, chief winemaker and export manager of Valle Secreto, Alejandra Vallejo, explained the inspiration behind the novel idea.

“Back in 2017 while visiting our vineyards in Alto Cachapoal, we decided to replant a hectare of Cabernet Sauvignon vines over what was Syrah. After working the soil, we uncovered more stones than expected.

“I had in my head that I wanted to do something different and I also wanted to find a way to use the stones. Then the idea came to me”, she said.

Vellejo told db about how she approached a contractor and asked if such a project was possible. After a painstaking process which involved crushing the alluvial rocks by hand, the winery made its first special 2,000-litre egg made using a mixture of concrete with added crushed stone from the vineyards.

Having initially started off with one egg, Vallejo said the results were so impressive that she has been given the go-ahead to produce four wines in the Origen range.

She explained how she first used Cabernet Franc, leaving the wine in the eggs and trying samples from between three and six months of ageing.

“They were very different at the end”, she said. “The fruit really comes through. It’s totally different from our Private label. It’s like an explosion of flavour. Six months in the egg and the Cabernet Franc had everything that I wanted in it.”

In addition to Cabernet Franc, Vallejo is now making wine aged in her special eggs made from grapes including Petit Verdot, Syrah and Cabernet Sauvignon.

While she has found that six months seems to be the optimum time to age Cabernet Franc in her eggs, she feels that the other varieties could require different periods of ageing. 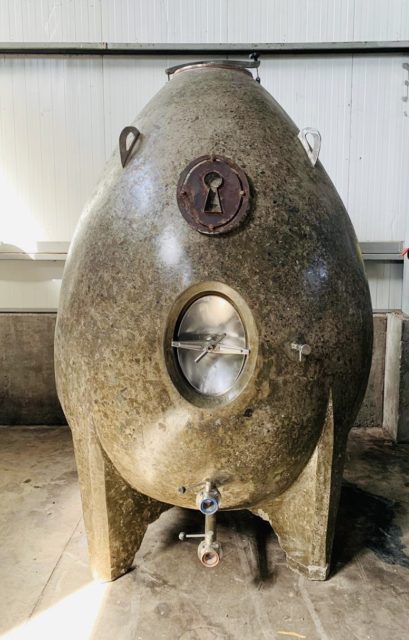 “Petit Verdot could need longer due to its tannins”, she said, noting how usually she detects aromas of smoke in the Syrah she produces, but with time in the egg, the scent is absent.

The eggs are built with 10-18 centimetre thick walls which Vallejo says are less porous than the average concrete egg due to the high proportion of stone used in the mix.

She uses the vessels to age, rather than ferment, her wines in order to ensure biological stability.

“The eggs are not lined – we wanted to keep things natural”, she said. “But we also want to control the yeast we use during the fermentation, and cleaning the egg is very difficult and we can’t guarantee we can eliminate all of the yeast. We have to use hot water at a high pressure – we can’t use sulphur as this damages the egg.”

Valle Secreto’s other lines include its Private label (comprised of four wines); First Edition (which includes a Carmenère, Syrah, late harvest Viognier and Sauvignon Blanc) and its icon wine Profundo.

The winery, which has 35 hectares of vineyards, was founded in 2007 by two families with links to the food industry: the family of Antonio Puntí Ferrer and of Claudio Berndt Cramer. The families were later joined in the business by US doctor Richard Samale.