UK wine consumers are trading up to higher priced wines, exclusive data from Nielsen has shown. db analyses the trend. 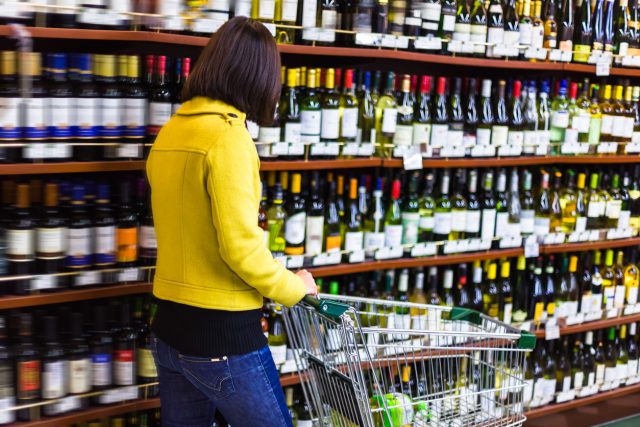 Wine is currently the largest category in the BWS sector and according to Nielsen sales rose 0.9% in the 52 weeks to 15 June 2019 to around £5.064 billion, with promising signs of growth in higher price brackets.

“Wine is really interesting – everyone talks about volume being in relative decline – and it’s been ongoing in small single-digit decline – but what’s interesting is that value is increasing,” Simon Doyle of Concha Y Toro told db.

“Consumers are paying a bit more, and it is those small increments that matter.”

The price bracket that saw the greatest growth in the last year is wines priced between £8-£9, which accounts for 5% of the market. This bracket rose 12.7%, while the smaller £9-£10 segment (representing 3% of the market by value) saw growth of 9.6%. Wine prices £10 and above also saw growth, rising 1.7%, adding £319 million of sales, albeit off a smaller base.

But as Nielsen commercial business partner for BWS Gemma Cooper points out, it is the growth in the larger £7-8 bracket that demonstrates the most promising signs that consumers are trading up.

Wines in this tier account for around 11% of supermarket wine sales – up by one percentage point since the same period last year – and has seen growth of around 10.8% to £556 million, the data shows, an addition of around £54million. This was ahead of the larger £6-7 bracket, which rose 7.7% in the same period, although adding around £70m to the category.

Together, those two price points accounts for around a third of the market by value, so that is a truly promising sign.

“You only need to look at some of the most popular brands out there and you’re seeing them bring in products that go all the way up the price ladder to move [consumers] onto the next bracket, then the next price bracket,” Cooper explained.

However, the average price for a bottle of wine in the UK is £5.68, and the giant’s share of wine sales remains the entry-level £5-6, which accounts for 31% of value sales market share. Sales in the entry level bracket rose 11.1% in the year to 15 June 2019, an increase of around £160 million, however the seems to have been largely due to price inflation and the steep decline in sub-£5 wines, which fell £284m in the year to June 2019 compared to the previous year – the equivalent of losing nearly 6% of the total of wine sales in the off-trade.

But Doyle is hopeful.

“As long as the retail price can increase ahead of excise duty, and we can demonstrate to consumers why they should pay a bit more, what that extra 50p means to them in terms of tangible value to them, then I think it’s quite good news,” he said.

For our feature on the state of the UK retail market in the August issue of the drinks business, where this data first appeared, please see here.