Italian winery Pasqua launched an international marketing campaign last year after a chance encounter with a student at a trade conference. We spoke to the CEO to find out why it’s doing more for its influencers. 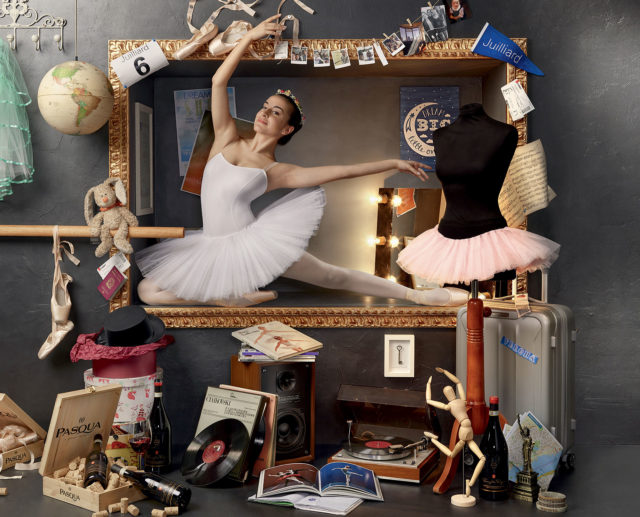 Northern Italian winery Pasqua has its own take on influencer marketing. In may last year, the company launched its ‘Talent Never Tasted Better’ campaign, which aligns them with up-and-coming chefs, artists, dancers.

Riccardo Pasqua, the chief executive of his family’s wine business based just outside of Verona, told db the partnership, which has so far seen the company link up with three creative under 35s on the rise, goes beyond exchanging cash for content on social media.

In 2017, he had just finished a speech at the City Business Festival in Vicenza to discuss Pasqua’s business model and what he had learned from his own experience travelling to the US (Pasqua exports approximately 87% of its wines), when he was approached by a young student who said his story resonated with one of her own.

“She told me that her sister was a dancer and has just moved to New York,” Pasqua told db.

At just 20, Lidia Carcasole made local headlines in 2017 when was only one of 12 admitted to Juilliard’s school of dance in 2017, and the only Italian in her class.

Pasqua was impressed by Lidia’s story, but more so with her sisters for approaching him in the first place to see if he would fund her studies. He invited the Caricasole sisters, Elena, Sofia, and dancer Lidia, to visit the winery later that year, and “in true Italian fashion, the entire family showed up,” He said.

From there, he hatched a plan to create a new marketing campaign. The winery would help to fund Lidia’s studies in New York, and in return she would act as an influencer, creating videos of her own dancing that she could share on her own blog and social media channels.

“Then I thought ‘what if we find other Veronese talent at the beginning of their career that we can help?’,” Pasqua said, “and in exchange they would become ambassadors for our winery.”

Since deciding to support Carcasole, Pasqua has since gone on to sponsor two more young Veronese “rising stars” in the creative world; Diego Rossi, the 32-year-old chef/patron of Trippa in Milan, and 35-year-old New York-based artist Giorgia Fincato.

Rather than finding bloggers and influencers with tens of thousands of followers on social media, it was more important to to Pasqua that his talents were young, locally sourced, and “innovative in their own fields.”

Rossi, he said, “cooks with the cheapest cuts of animals in Michelin starred way. It’s very unique the way his food is offered.” In return for Pasqua’s support, Rossi worked with the oenological team at the winery to help them develop a special edition natural wine, that was launched last year at the restaurant. The only other place it can be purchased is the cellar door.

And in Fincato’s case, the artist was given greater exposure thanks to her work with the winery. “She creates these beautiful and elaborate labyrinths and mazes in her designs,” he said. This gave him an idea. He commissioned Fincato to build a maze in the winery’s garden, which gave the added bonus of bringing added value to the Pasqua’s tourism business.

The winery sold €50 million of wine in 2017, and since the campaign has launched, Pasqua’s projected MAT has risen to €60 million.

“In everything we do we try to be positively disruptive,” Pasqua said, adding that he plans to extend the campaign until at least 2021 and add a further three bright young things to the roster. Right now, he is considering partnering with an athlete, “but it’s still to early to say.”

“We want to do something that brings a younger generation of consumer,” he said, “and want people to learn more about the wines.”