Sales of Australian Merlot in the UK on-trade have declined dramatically over the past year, suggesting that the ‘Sideways Effect’ remains a strong and persuasive phenomenon. 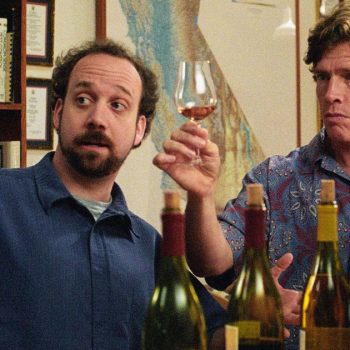 According to market analysts CGA Strategy, in the 12 months to 20 April 2019, sales of Australian Merlot (volume 9lr cases), decreased by an astonishing -26.2% in the UK hospitality sector, while in the same period value sales decreased by -24.3%.

Yet sales of Shiraz – Australia’s most widely planted grape – grew by 4.1% in value during the same period.

“The positive performance of Australia’s’ ubiquitous red varietal, Shiraz helps to stem the overall decline, but this is offset by significant volume losses for key grape Merlot.”

Released in 2004, the film Sideways has been widely credited with depressing the market for Merlot, based on a memorable line from the movie.

The protagonist Miles famously proclaims his disdain for the grape — the back story is that his ex-wife liked Merlot — declaring: “No, if anyone orders Merlot, I’m leaving. I am NOT drinking any f***ing Merlot.”

Conversely, the characters ode to Pinot Noir is credited with the subsequent rush to plant the grape across California.

However, Jeroboam’s Wine Director Peter Mitchell MW has argued that it is competition from Malbec, a far more trendy varietal, that has done Merlot the most damage in the UK on-trade.

“Expensive Merlots have always been hard to sell and remain dependent on getting good critic scores,” said Mitchell MW.

“Sales of our cheaper Chilean and French Merlots have slipped slightly over the past year, mostly at the expense of Malbec which has become the go to by the glass red. In our retail shops, we have little market for varietally labelled Merlot,” he added.