Gin made from peas could limit spirit’s environmental impact

Researchers in the UK and Ireland have discovered that gin made from fermented pea starch, rather than wheat, could have a significantly smaller environmental footprint. 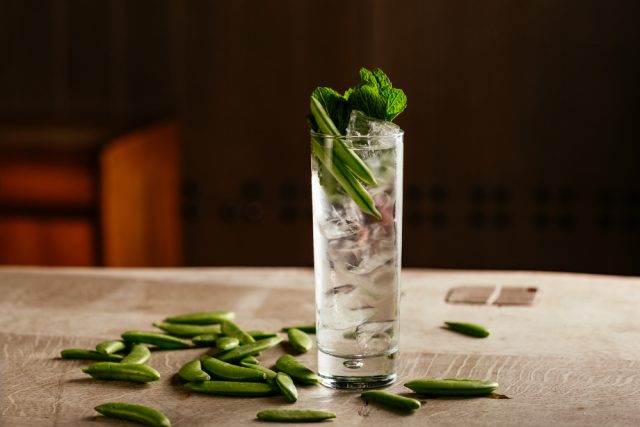 Traditionally made from wheat, gin is one of the most popular spirits consumed worldwide and there are currently around 6,000 types of gin in production.

Published in the journal Environment International, the research suggests that fermented pea starch offers a reduced environmental footprint in 12 to 14 categories.

Unlike wheat, peas do not need nitrogen fertiliser, which can result in air and water pollution.

Despite requiring 112% more direct land occupation, each litre of pea gin could avoid 2.2 kg of carbon dioxide emissions, according to the research.

Peas would also provide more protein than wheat with the byproduct used for animal feed, which the researchers said “more than offsets the carbon footprint of pea gin,” including bottling it.

The team continued: ”If successful, there is great potential to scale this innovation out to other alcoholic beverages such as vodka and beer, and to scale it up to industrial bioethanol (biofuel) production, with considerable global mitigation potential, particularly in terms of climate change and nutrient leakage.”