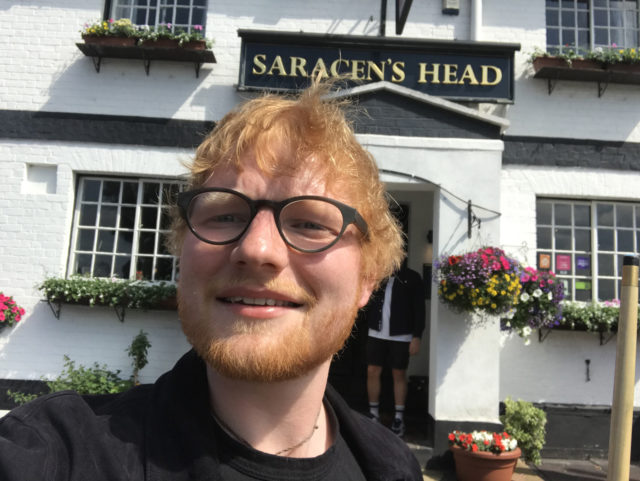 There is a bit of a running joke on the internet about meeting Ed Sheeran, which involves taking a selfie with someone who looks vaguely like Ed Sheeran and sharing it with the masses.

So imagine the delight on pub landlords Colin and Mel Roberon’s faces when they genuinely met Ed Sheeran after be completed the Brakspear Henley Ale Trail.

Mel Roberson, who co-runs the Saracen’s Head in Henley-on-Thames, said: “Collin came to me and said “I think Ed Sheeran’s in the bar”.

The couple Googled a picture to make sure it was him (sensible), and then approached him.

“He stayed for a game of pool and said what a great idea he thinks the Ale Trail is.”

He told the pub operators that he only has one local pub where he lives. You mean the one on his estate on Suffolk?

By getting their card stamped in each pub, Ale Trailers qualify for a number of rewards, including exclusive Ale Trail t-shirts.

Emma Sweet, Brakspear marketing manager, said she hopes he will be wearing his on tour, and even extended an invitation to the pub group’s Ale Trail party in January.

“We always book a live music act for the party,” she added, “so if Ed would like the gig, we’d be very happy to consider him.” Dreams really do come true, Ed!

In competitive cocktails, 10 bartenders battled it out in the UK’s first baijiu-based mixology competition on Monday. 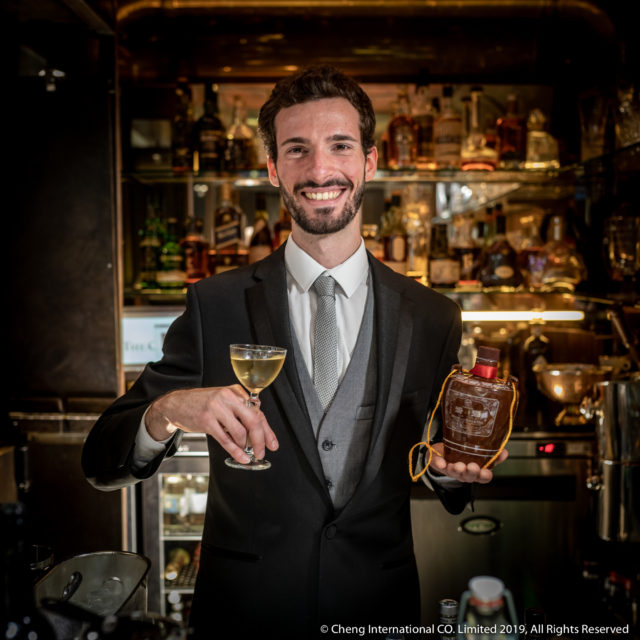 The Fenjiu Cocktail Competition, which took place at the Connaught Bar, was focused on marrying “Chinese tradition and Western innovation”.

Congratulations to Andrea Dionori from Crazy Bear, who won an all-expenses-paid trip to China to the Fenjiu distillery and the title of UK Fenjiu Ambassador, for his creation named “The Golden Empire”. 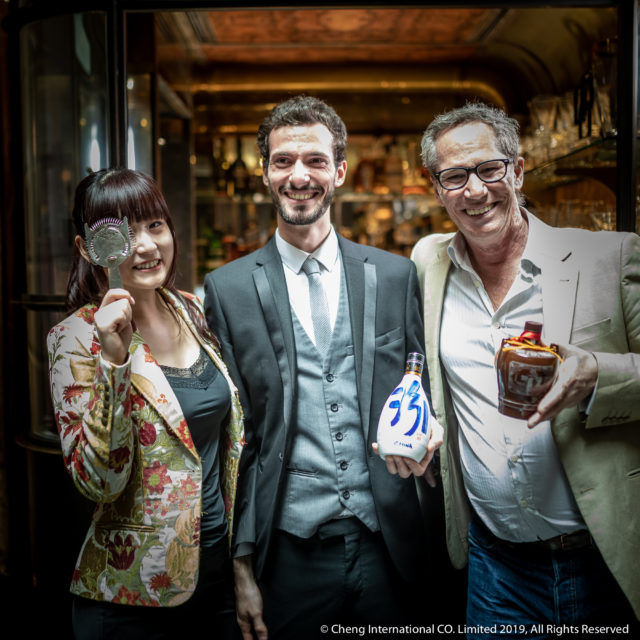 Second Place in the Fenjiu Cocktail Competition was awarded to Kisa Yang from Annabel’s (left), and Third Place went to Paolo Lazzarich from Soho House (right).

Making his Week in Pictures debut this week is Andrew Scott, AKA the “sexy priest” from BBC series Fleabag.

The Old Vic held the press night on Wednesday for its newest play, Present Laughter by Noel Coward, which stars Scott in the lead role as Garry Essendine.

The after party was held at Skylon, where guests enjoyed Taittinger Brut Réserve from magnums. Andrew Scott is seen here on arrival at the after party with a glass of fizz in-hand. 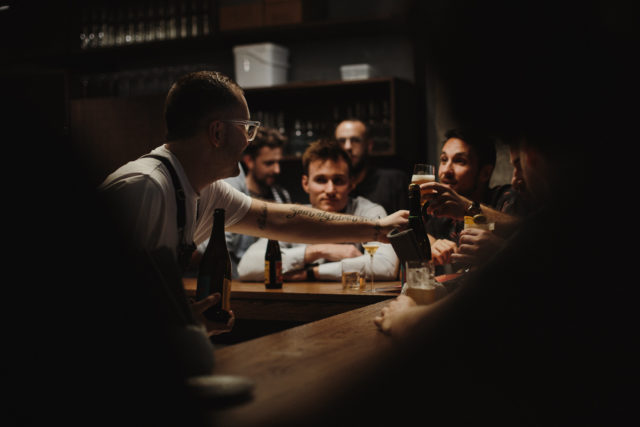 Simpson was overseeing the launch the London-leg of Guiness Open Gate’s latest brewery collaboration. This time Guinness, owned by spirits giant Diageo, has teamed up with Bermondsey’s Partizan Brewing on a limited edition range of beers designed to be served as aperitifs, inspired by Champagne and vermouth.

The beers will be available at Tayer + Elementary, as well as Partizan’s own taproom and the Guinness Open Gate Brewery in Dublin.

According to Partizan, the collaboration has been supported by Distill Ventures – a VC firm funded by Diageo that provides funding to small businesses in the drinks industry – but Partizan head brewer Andy Smith told db the project isn’t about making money.

“We saw it as a great opportunity to experiment with flavours and try something new.”

He said Distill Ventures were “of course very helpful”, giving them a steer on how to create a beer that could be swapped in for Champagne or a cocktail in at pre-dinner drinks.

Dinner parties appear to be something the VC firm is focused on right now. Last month DV launched its latest white paper on the low and no-alcohol trend currently sweeping the drinks trade, and its focus was very much on aperitifs.

In British oenotourism, the team at Jenkyn Place Vineyard in Hampshire had the novel idea of organising a yoga class among the vines.

A spokesperson told us “downward dog never looked so appealing”.

Metanoi Yoga held a class in the sunshine, run by Charlie Andrews, followed by a tour and an all-important post work-out English Sparkling wine tasting session. 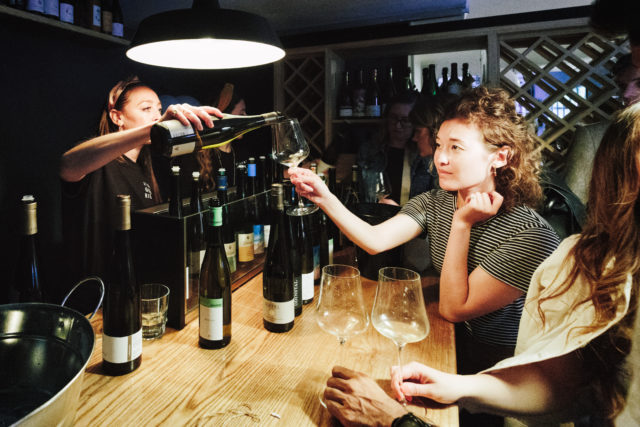 In east London, the 31 Days of German Riesling campaign kicked off on Wednesday night.

The launch party took place in Newcomer Wines, Dalston and was a chance for the trade involved in 31 Days to get together, crack open some Riesling and chat about their plans for the coming month.

Pierre Seillan, winemaker for Jackson Family Wines’ ‘Verité’, and his wife Monique stand behind her majesty the Queen in the Royal Box during the Out Sourcing Windsor Cup. Verité is an official sponsor of The Guards Polo Club where the competition. 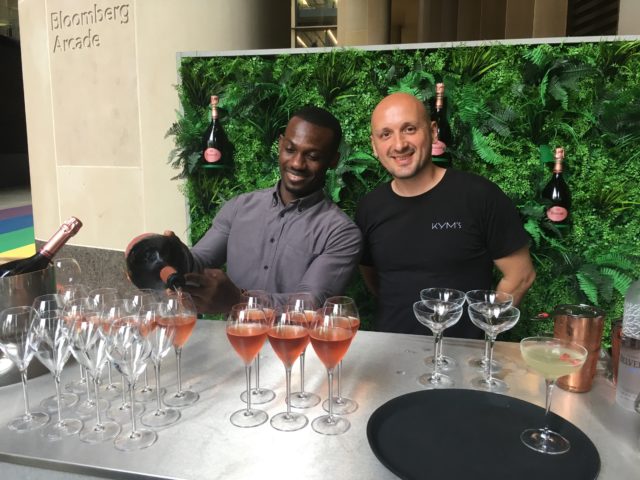 Andrew Wong’s restaurant Kym’s, in Bloomberg Arcade in The City, celebrated the opening of its summer terrace this week, as warm weather finally arrived in the capital. db was among the guests toasting the hotter evenings with Ruinart Rosé and the bar’s specially concocted Elderflower Spritz, made with Ruinart Brut, Belvedere Vodka, elderflower cordial and lime juice.

In Hip Hop-meets-sparkling wine, following on from the series’ debut with Big Narstie, Luc Belaire CEO Brett Berish sat down with Top Boy star Ashley Walters, who discusses his early life in south London as part of the fizz brand’s Self Made Tastes Better campaign.

Back in the 90s, Walters was better known as a member of So Solid Crew.

He plays Dushane in Top Boy, which returns to screens this year. Walters gave the credit for its revival to artist Drake.

“He had seen the show, he reached out to me and was like, ‘Show’s amazing when’s it coming back on?’ I told him, ‘It’s not happening’”.

“He said ‘I’m not having that’. Two years later he came to us with a Netflix deal and was like “There you go”. So currently he’s Executive Producer.” 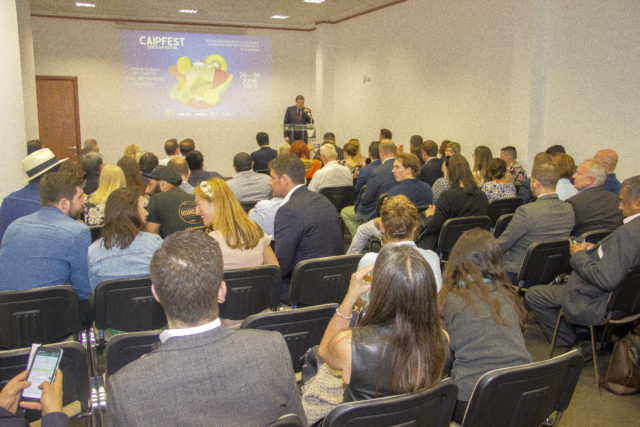 In diplomatic drinks, The London Caipirinha Festival was in full flow this week following a packed out launch event at The Embassy of Brazil in London. The night saw members of the travel trade, press and media along with restauranteurs and bars enjoy a host of entertainment, food and, of course, Cachaça. 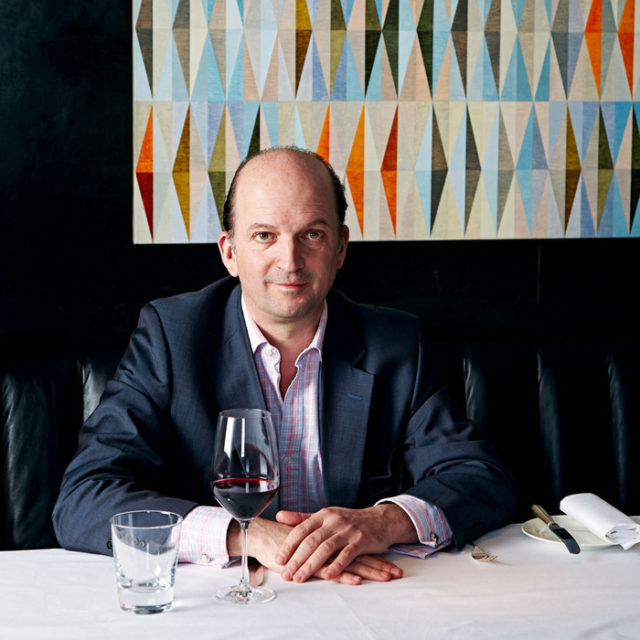 The Wine and Spirits Trade Association has named Bibendum’s CEO, Michael Saunders, as its new chairman.

Saunders, who is also chairman of drinks charity The Benevolent, took over from Dan Jago who has been at the helm for the last three years at a handover meeting on Thursday. 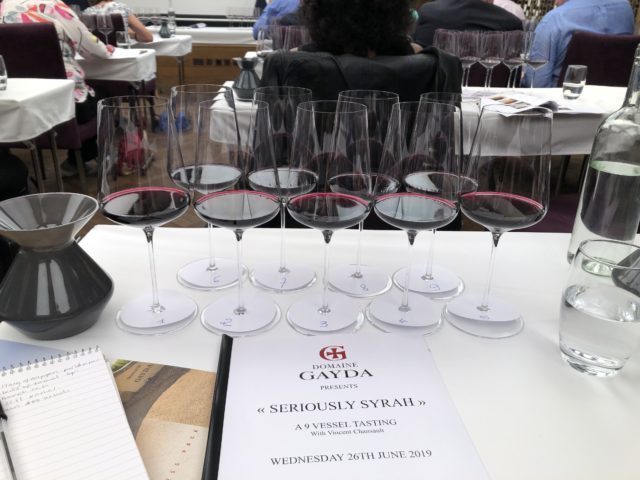 Domaine Gayda hosted a tasting at 67 Pall Mall this week, showcasing the results of a maturation experiment it has been conducting. Nine Syrahs, sourced from the same vintage (2018) and vineyard, have been aged in nine different vessels including a terracotta egg, one-year-old French barrel and a sandstone jar. Attendees were then invited to taste all the samples and guess which wine had been aged in which vessel. Head winemaker Vincent Chansault said he was impressed by the performance of the barrels, but noted that there wasn’t one particular vessel which stood-out. “There were elements I liked from each,” he said.

The producer hopes to repeat the tasting at a later date in order to see whether any changes can be observed. 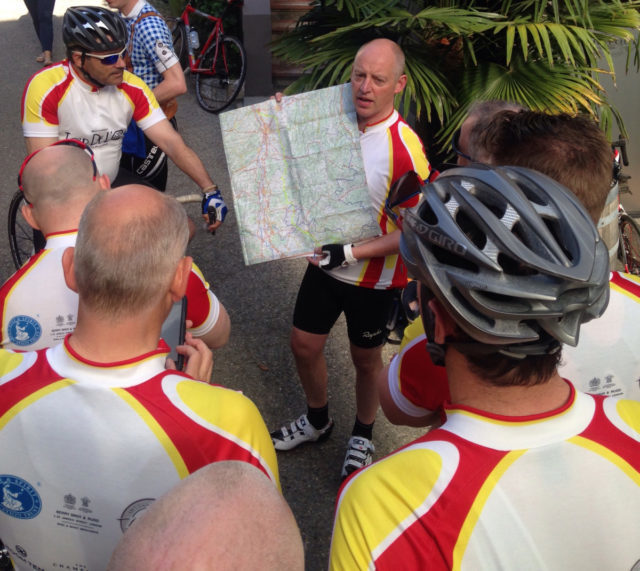 While we’ve been manning the fort at db towers, our editor-in-chief Patrick Schmitt MW has been slogging away on a week-long cycling excursion in Italy in aid of drinks trade charity The Benevolent.

He’s been reporting on location, and you can read about his experience here, or donate to his fundraiser page here.

Members of Team Mentzendorff will be posting regular updates on Instagram, and you can follow their progress @mentzendorff_co using #MentzGdT.