A man in Cardiff took Brewdog to court, and won, after he was denied a discount on a pint of beer because of his gender. 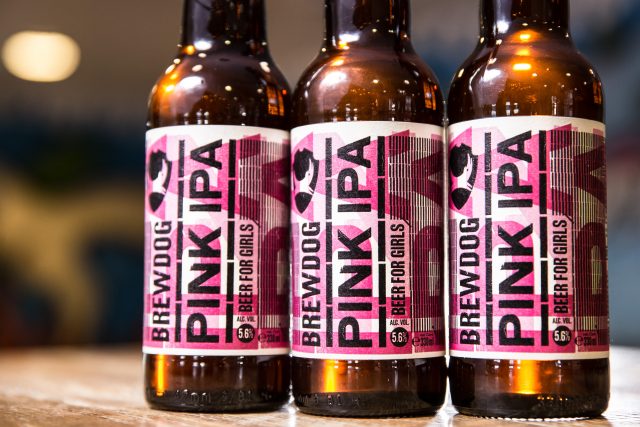 Dr Thomas Bower went to Brewdog Cardiff in March 2018 and tried to order a pint of “Pink IPA”, advertised at the cut price of £4 as part of a national campaign to highlight the gender pay gap.

The “Pink IPA” was a re-branded version of the brewer’s flagship ale Punk IPA launched on International Women’s Day. With a tongue-in-cheek strapline calling it “beer for girls”, the drink was intended to serve as a “clarion call to close the gender pay gap in the UK and around the world and to expose sexist marketing to women, particularly within the beer industry.”

Alongside the launch, Brewdog also offered Punk IPA with a 20% discount for women at its UK bars on 8 March.

Bower said that he was refused the discount by the Cardiff branch’s staff due to the fact that he is male, and was initially charged £5 for a pint of Punk IPA, reports WalesOnline.

“After a bit of back and forth,” Bower said, “I felt forced to identify as female and was then able to get the drink for £4 – I complained to the company about this and they said it wasn’t discrimination because the price difference was part of a national campaign to raise awareness about the gender pay gap.”

The 27-year-old software engineer said he was “not satisfied” with the company’s answer, adding “I complained again to Brewdog stating that I was intending to take them to court over this but would rather resolve the problem outside court. They ignored this.”

Bower followed through, and took Brewdog to small claims court stating that he would drop the case if the brewer issued a public apology.

He demanded an apology for “direct discrimination and breach of the Equality Act 2010”, according to court documents.

Bower said he “felt forced to lie” about his sex in order to get the beer at the discounted price of £4 and told the bartender he “identified as female.”

District Judge Phillips ruled that “it is clear in this case the claimant has been directly discriminated against by the defendant because of his sex.”

The judge said the drinker would have felt “humiliated” by having to tell Brewdog staff he identified as female in order to have £1 taken off the price of his pint.

“The fact that by identifying as female he was still able to purchase a Pink IPA makes no difference,” he said.

“I accept what Dr Bower says, namely that identifying as female was the only way he could purchase a Pink IPA at a cost of £4.”

This is not the first time Brewdog’s Pink IPA campaign has been poorly received. A complaint about the Pink IPA was upheld by the Portman Group last year over fears it could appeal to children.

The campaign’s launch was controversial in itself. While many were enthusiastic about the brewery’s call to close the gender pay gap and greater representation of women in STEM industries, others said the PR stunt was “poorly placed.”