Chef and restaurateur Jason Atherton will open his new restaurant and bar The Betterment at The Biltmore Hotel in Mayfair this month. 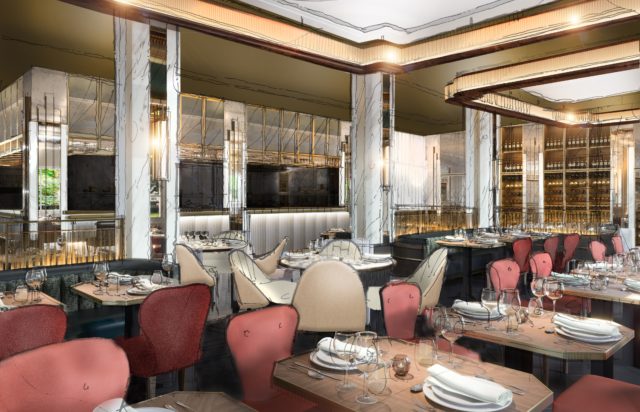 Joining forces with LXR Hotels & Resorts, Hilton’s (NYSE: HLT) luxury collection brand, the new restaurant will see Jason Atherton’s return to Mayfair, the area in which the chef first rose to prominence with the launch of his restaurant Maze on Grosvenor Square in 2005.

The kitchen will be led by head chef Paul Walsh who was at the helm of Jason Atherton’s City Social for five years, achieving the restaurant’s Michelin-starred status within seven months of its opening.

Adding a sense of theatre by bringing the kitchen into the dining room, the restaurant will feature a rustic open grill at its centre.

Atherton’s offering will also encompass The Terrace, The Tea Lounge and The Pine Bar, all located at The Biltmore.

He said: “To be working on the launch of The Betterment at The Biltmore, Mayfair is incredibly exciting. When we were approached by Mr Kwek, Chairman of Millennium & Copthorne Hotels plc, owner of The Biltmore, Mayfair, we just knew it was an opportunity we couldn’t let pass.

“We chose the name The Betterment to encapsulate our journey from opening Pollen Street Social in 2011 to today, highlighting the progression of our food, ethos and way of thinking.

“To be returning to Mayfair’s Grosvenor Square after nine years is very special to me, and I’m thrilled to be doing it alongside world-class chef and friend, Paul Walsh.”

Formerly The Millenium Mayfair, The Biltmore is the product of a sixty million pound redevelopment.  Europe’s first property within the LXR Hotels & Resorts collection, the concept intends to bring elegant design, exceptional service and state-of-the-art amenities to business and leisure customers.